Those of a certain age and definitely the fans of Emerson, Lake & Palmer will surely know of the band 3 (aka Emerson, Berry & Palmer) which was a project put together, obviously, by Keith Emerson and Carl Palmer with the American multi-instrumentalist, singer and producer Robert Berry. Two of the names are household whilst Berry less so but he is one of those indispensable musicians so integral to progressive rock who makes so many things happen yet rarely gets the deserved acclaim or applause.

The plan was a simple one, to form a more commercial, song based band similar to what Asia and GTR were doing around that period. They subsequently formed as 3 in 1988 and released just the one album, To the Power Of Three, before splitting up with ELP re-uniting to release Black Moon in 1992 and Berry going on to form the melodic rock band Alliance. They briefly toured as 3 but avoided playing any original ELP penned material but did play songs covered by them such as Hoedown and Fanfare For The Common Man. Two live albums were released much later, Live In Boston 1988 and Live- Rockin’ The Ritz coming out in 2016 and 2018 respectively with both albums featuring virtually identical set lists and are certainly worth tracking down even if only for nostalgia value.

Fast forward to October 2015 and Frontiers, Emerson and Berry agreed to make a follow up to the one and only studio album but this time under the name of 3.2. Unfortunately, as we all know, Keith Emerson tragic passed away in March 2016 which seemingly put an end to the project but Berry carried on in tribute using the ideas and music already contributed by Emerson and a rather fine album, The Rules Have Changed, was released in 2018 with Berry playing and producing the album entirely. You may have your own thoughts on this but Berry had worked with Emerson, they had already released an album and were collaborating on the new work so, to me at least, this was a valid addition to the catalogue although Berry could maybe have changed the name to 3.1 but this would have been a nonsense call. It seems that there were still some ideas from Emerson still left over, namely the epic album closing Never, so Berry has gone back into the studio as he considered the project as unfinished business and also wanted to say his own thank you and goodbye to his friend.

Musically, the album is a logical follow on to the two albums in the sequence prior to this being commercial progressive rock with the accent on wonderful song writing with an edge but still instantly recognisable in its roots. Again, Berry plays all instruments and his skills on guitar, bass and keyboards are unquestionable and he has an excellent voice too. Do not dismiss this as a poor cash in on the Keith Emerson name and legacy but more a closing of the story arc and if this is to be the last album under the 3.2 banner then this is as good a place to end it as any. Excellent songs and all delivered perfectly in true Asia, GTR and 90125-era Yes style and I’m certain that Mr Emerson will be looking down and no doubt raising a glass to a job well done.

Robert Berry is a most underrated artist and he shows on this most fine of albums that his skills are unparalleled and his talent for writing commercial progressive rock is prodigious indeed. Just have a listen to his very Emerson like keyboard skills on The Devil Of Liverpool and simply marvel at the album closing Never and it is as if Emerson was still with us. We will never know what 3.2 would have produced if Keith Emerson was actually still here but I suspect it would not have differed too much from the two excellent albums that Robert Berry has produced. 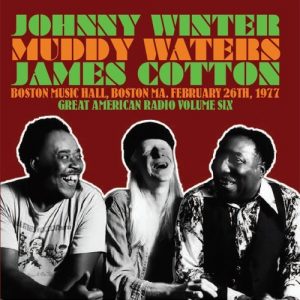 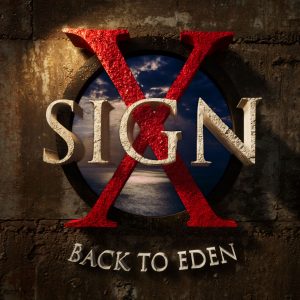