THE ROOM RELEASE ‘SCREAMING THROUGH THE NOISE’ – LIVE IN NICE (FOR JOSH).

MARTIN’ WILSON’S SON JOSH PASSED AWAY FROM CANCER ON 21ST NOVEMBER 2020, AT AGED 20.
ALL PROCEEDS FROM THE TRACK (which was live in Nice) WILL BE DONATED TO THE PHYLLIS TUCKWELL HOSPICE WHO CARED FOR JOSH.

Screaming Through the Noise (Live in Nice): For Josh

“You may have seen that Joshua, the much loved son of Martin and Linda Wilson passed away on 21st of November aged just 20.  We are heartbroken.

Joshua lost his sight due to retinoblastoma (childhood eye cancer) at the age of 9.  Sadly a secondary cancer developed a few months ago which became too aggressive to treat.  He passed away at Phyllis Tuckwell Hospice. Our first single “Screaming Through the Noise” taken from our debut album Open Fire was written about Joshua, his struggle through his early years and the impact that it had on the family.

We have decided for the first time, to release a live version of the song. The recording was made at the Salle Blackbox in Nice France in 2018. All money raised from the sale of this single will be donated to Phillis Tuckwell Hospice who looked after Joshua with so much wonderful care. You can download the track from The Room webstore www.theroom.band/shop and we really don’t mind how much you pay above the £1 cover price.

With this we send our love to our band brother Martin and his family and rest in peace Josh you were loved.”

WHAT THE MEDIA SAY ABOUT THE ROOM

From their very beginnings, it was obvious that The Room were something rather special. With the release of ‘Caught By The Machine’, they’ve undoubtedly confirmed it”
Fireworks Magazine

This is a confident third album, their best to date[..] and shows why they were nominated for Best New Band at the 2016 Classic Rock Society awards”
Powerplay Magazine – 8/10

“Caught By The Machine is just a downright fun and incredibly enjoyable listen. It’s an album the listener can just lose themselves in with throwbacks to golden eras of Progressive Rock and refreshing modern takes on classic ideas”
Ghost Cult – 8/10 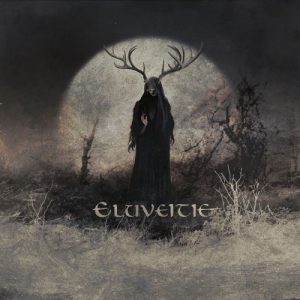