Absent Hearts’ release emotive video for ambient post-rock ‘The Valley’.
The video is a stunning tribute to Scott Kay’s late father, exploring the space he left behind.

New Album ‘The Peak & The Valley’ Out Now
[Independent]

Absent Hearts is the solo project of Scott Kay (Voyager/Onslow/Statues). Having worked with Dan Tompkins (Tesseract) on their first release, he has since taken it into instrumental realms, exploring a mix of post-rock, progressive music and ambience.

Absent Hearts recently released The Peak & The Valley, which is now available to purchase from Bandcamp and to stream on Spotify.

Scott has released his most personal work to date, and a visual tribute to his late father in the form of a stunningly emotive music video for the track ‘The Valley’.

Scott says this about the powerful tribute

“While the entire Peak & Valley album was written as a coping mechanism for me, The Valley is a specific dedication to my late father, Robert Kay, who passed away December 1st, 2017. It is an exploration of a life, and the space people leave when they’re gone. While it is a very personal clip, with a lot of references to who he was as a person, I hope that you can in some way relate to the underlying message.

I’ve never put myself in such a vulnerable state publicly like this before in my life, so I’ve found releasing this very difficult and confronting. However, I wanted to make something that would honour dad in a way I knew he’d appreciate. I also believe that you should never shy away from grief. It’s important to experience it fully, as hard as that may be. Creating this has really helped me with that.”

Scott engaged a local Perth crew to make the video happen and wishes to highlight the personnel involved in bringing his vision and the memory of his father to life.

“I’d like to extend the warmest thanks to the people who made this possible. The whole crew worked so hard and made the entire process an amazing experience.

Special thanks to my family Serena Kay and Jamie Kay for endlessly supporting me.” 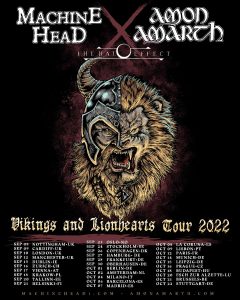