Acolyte have exploded back into the heavy music scene with rapturous applause since their return.

Unleashing an ambitious 10 minute single that painted a vibrant musical landscape of theatrical melodies, crushing riffs, soaring leads and exemplary technical musicianship, Acolyte’s ‘Entropy’ has set the wheels in motion and can now be named as the official title track to the quintet’s new album.

Acolyte have officially unveiled that their new album ‘Entropy’ will be released on May 14th 2021 via Wild Thing Records and Blood Blast Distribution.

Continuing the path of ambition and artistry, Acolyte have now jumped to the chapter in their story called ‘Clarity’, and have revealed an animated music video that is both psychedelic and mesmerising in nature. This is a truly collaborative work highlighting talent in the Australian prog-metal scene. Ben Rechter from Circles duets with Morgan-Leigh on the track and Adrian Goleby of Caligula’s Horse directed the video.

Whereas Entropy was about ‘the hard truth’ and an adventure full of power and discovery, Clarity is a more mournful entry in this diary that Morgan-Leigh describes as ‘Rock Bottom’.

Morgan-Leigh says: “Rock bottom; Clarity provides warmth in our darkest hour. I wrote this song from the point of view of someone at their very lowest point, not knowing where to go, what to do or who to turn to. On the bathroom floor, broken; alone; after staring into a mirror, and not recognising the reflection they see any longer.”

She continues: “Featuring Ben Richter from Circles, this track offers a sense of helplessness and sadness. Ben and I present a conversation between two voices in one mind, warm and cold, reaching a pinnacle of raw, desperate, sadness before coming back down to a resolution, ‘I can let it go’. When I sent the track to Ben, I discussed with him that I was searching for someone who could deliver a very warm and nurturing vocal that would contrast my tormented, insecure delivery. Ben is so talented and just knew exactly what I was after. The result speaks for itself and is one of my favourite instalments on the record.”

ABOUT The Album ENTROPY

Morgan-Leigh speaks about the concept behind ‘Entropy’ –

“Entropy is a fully realised conceptual record exploring the early stages of ‘loss’. Presented like diary entries, the record ebbs and flows through an array of actions, feelings & emotions that are commonly experienced when trying to ground ones self all while carrying the early weight of trauma. Though lyrically the songs relate to me personally, I have tried to expand on those ideas & simplify my thoughts in order to make the songs & topics feel more broadly familiar to the listener. Hopefully anyone who has experienced the loss of something/someone they love, or even a part of themselves will find refuge & a sense of release from this musical adventure. This record is very dark, lonely & cold in its tone & attitude.

A lot of this record is written from an internal point of view threading title tracks together with whispers (mimicing a loud, manic mind) & winds of change taking the listener from one musical instalment to the next. I have erred on the side of giving a very raw, primal, & at times theatrical vocal performance to best portray how raw & real these topics are. The producer and I spoke early on about not overly editing my vocal takes so that the emotion behind the performances became the focus.

“The way these  stories could be told with such pain, aggression, subtlety, melody, angst, torture, torment and tension… I loved it all”, continues Brown. Turning her attention to the material of the band’s forthcoming album, she states: “This is the most vulnerable, relatable and passionately raw I have been artistically” Commissioning critically-acclaimed and national award winning artist Liz Gridley, the artistry of ‘Entropy’ extends beyond the music alone. Guided by Acolyte vocalist Morgan-Leigh Brown’s visions, Gridley produced three original oil paintings for use with the new album. 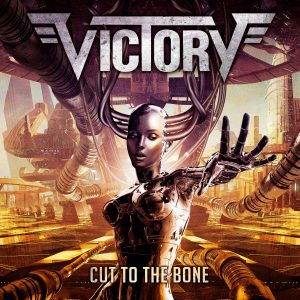