It would not be (near enough) Hallowe’en without the horror punk icon and the Duke of Spook himself, Wednesday 13 and a new collection of (de)compositions. While it is pretty much a given that Wednesday’s eighth outing still has plenty of the usual ghoulish goings on and entwined with some devilishly dark humour, Necrophaze also brings a dose of reality with album themes reflecting real life horror such as the sleep paralysis that plagues Wednesday himself and the death of Necrophagia frontman Frank ‘Killjoy’ Pucci in March 2018.

Along for the ride are some top notch guests and who better to open the album but the granddaddy of shock rock as well as a major influence on Wednesday 13 – Alice Cooper – with a spoken word piece that from the off gives Necrophaze a B-movie swish before the title track kicks in. Bring Your Own Blood takes a tongue in cheek pop at horror films and the quasi-industrial elements give it a bouncy feel with a cool chorus and enough hooks to skip backwards for another listen.

Necrophaze is on point as to arrangements and instrumentation, the kick drums courtesy of Kyle Costranovo on Zodiac are just superb. The guitar partnership of Jack Tankersley and Ramon Sruman is a solid as ever and along with bassist Troy Doebbler it is a consistently strong line up that has now been together for nine years. The guests keep coming though and with Stone Sour drummer Ray Mayorga providing a vein of spooky synth work, the album just feels so fleshed out that it is impossible not to be impressed. Lacuna Coil’s Cristinia Scabbia appears another hook filled blast that is Monster although sadly does not have her own solo part, it is not backing vocals either with both vocalists welded together and Cristina taking a higher aspect. Bury The Hatchet appears to continue a theme of what to do (hypothetically, of course) to people we don’t like and in the same vein of Bad Things (from Transylvania 90210 and Watching You Die from Monsters Of The Universe) it is impossible not to crack a laugh at lyrics such as “You must have fallen out of the stupid tree and you landed fucking head first/things have gone on way too long let’s put it all to bed/ let us bury the hatchet in your head” and all to a bright a breezy punk-lite guitar tune. Closing the album is a cover of a shock rock err..’hit’ W.A.S.P.’s Animal (Fuck Like a Beast) featuring Children Of Bodom’s guitar wizard Alex Laiho.

From a modern day perspective, no-one does this stuff better than Wednesday 13, the live show down pat whether it be the special Hallowe’en shows or turning on the tricks and showmanship at a 40minute festival slot either way, ‘13 makes it look so damn easy. There has never been a question of consistency with albums either, previous record Condolences may have been something of a gloomy affair and while still a great album, Necrophaze just ramps everything up, sounds totally complete and showcases all that is terrific about the Wednesday 13 experience in one album. As a result, Necrophaze has to be seen as a pinnacle in an already glittering career. Rot on! 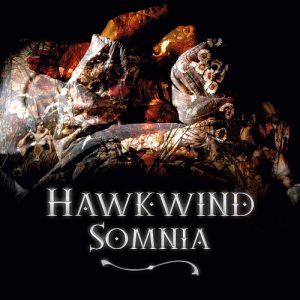