As a piece of pure songwriting, [Memory Lane] is an astonishing piece, with a vocal always teetering on the edge of despair but never tipping over it. In purely ‘song’ terms, there is nothing here to touch it. The word ‘enjoy’ may not be the most appropriate, but this song will touch your soul. You should let it.

It’s probably a fairly safe bet that a good cross-section of prog fans worldwide will know of Amanda Lehmann owing to her frequent appearances on guitar as part of Steve Hackett’s band. What is a real surprise is that it has taken this long for Amanda to release her first solo album. Clearly, she could have taken this plunge much earlier, but the impression from this record is that she has taken her time until she had a full album’s worth of material that she could be completely satisfied with. If so, that is a decision which has paid massive dividends, because this is a stunningly mature and varied collection of songs which fit seamlessly together with scarcely a weak point among them.

You will note that I used the word ‘varied’, because one of the key strengths of this release is that it manages to cover a breadth of musical bases without at any time feeling disjointed or forced – this is no scattergun melange of disparate styles, hurled at the metaphorical wall to see what might stick. Rather, every nuance and differing approach in both songwriting and instrumentation rings satisfyingly true, as if there was never any doubt whatsoever that everything here would sit together seamlessly. No, this is not entirely a ‘prog’ album, though there is plenty of that on display I may add. Rather it comes across as a reflection of the musical tastes of an artist keen above all else to present the scope of her influences and musical loves as a part of a unified whole. There are nine tracks in all here, and together they come in at a little over the 45-minute mark – just about the length of a long-ish vinyl album back in the day, in the sweet spot between the average 20 minutes a side and the 50-plus minutes when the fidelity began to suffer owing to the depth of the grooves. But enough vinyl nostalgia – those technical limitations were not the only reason that the album format worked so well for so long. It has been said many times – and even shown in studies, by those who actually study these things – that around the 45 minute duration is the perfect time for the brain’s attention span to be retained. Too much more than that and the mind starts to wander as ‘listening fatigue’ can set in; too much less and notions of feeling short-changed can creep in. This hits the mark just right.

The opening track, Who Are The Heroes, definitely sets out the ‘prog’ side of the album’s armoury. It’s a slow-burner of a piece, rising in drama and gravitas with Amanda’s guitar work jousting with the keyboards of Nick Magnus to stridently glorious effect. As an opener it gets the job done with dazzling aplomb, and seems to set the tone for the album which is to follow. Which it does, yet also simultaneously does not, as it is a perfect representation of but one side of Amanda’s multi-faceted range. As if to prove this, right on the heels of the opener comes the beautifully constructed Tinkerbell, a fantasy-delight of fairytale Disney childhood wonder, boasting a marvellously dextrous melodic feel which is only lifted further when set against the sublime Nutcracker-esque orchestral section. This is meticulously-crafted songwriting without a doubt. It’s different, but still operating within the same rough sonic ballpark. Right away, however, that is about to change as, like an abrupt wipe after a scene in a film, we are suddenly flung into the smoky environs of a late-night jazz club, where the whisky is sour, the cigarettes are French and the lighting is dim. For now we have Amanda as jazz-chanteuse, lightly swinging her way through the infectious Only Happy When It Rains – featuring Steve Hackett himself, unusually, on harmonica and loving it. Honestly, it’s so disarmingly authentic that I had to fight back the urge to don a black turtleneck and shave my beard into a beatnik goatee! After the opening two songs, there is no way that this should work by any stretch of the imagination – and yet it does, perfectly.

You probably don’t want a succession of cool jazz songs, however. You probably want a little more prog. And you get it with a side dish of darkness and a garnish of creeping menace on The Watcher – the longest track on here and a clear highlight. Opening quietly, like a lion lazily eyeing its prey, the track builds an atmosphere of claustrophobic malevolence before building into a head of deliciously dangerous exotica, with a swirl of Stargazer-esque eastern majesty just reined in as we are plunged into a world of brooding menace. The opaque lyric hovers just on the periphery of understanding, leaving the lasting impression that, while we might not know who, or what, The Watcher is, we sure as hell don’t want him to see us! It’s an astonishingly effective mood piece somehow marrying prog, desert-blues and a touch of eastern promise into an utterly compelling whole. Things just reached another level.

A track like that was never going to be followed by more of the same, and indeed the mood changes completely for the delicate Memory Lane, with Amanda’s delicate guitar only accompanied by some sympathetic keyboard bedding and a touch of emotive sax from Rob Townsend. In some ways, despite its far more restrained and less dramatic form, this song, for entirely different reasons, rivals The Watcher for the title of album highpoint. With a heartbreaking lyric, wrenched in almost unbearably poignant form from Amanda’s personal experience, the song addresses the hopelessness, frustration and crushing sadness of living with a loved one suffering from dementia. To anyone who has experienced this, it’s a harrowing yet utterly compelling listen, and will surely have more than a few listeners shedding real tears, yet also finding some sort of comfort as the realities of the invisible chasm of lost communication are so perfectly laid bare. As a piece of pure songwriting, with no big arrangements to hide behind, it is an astonishing piece, with a vocal always teetering on the edge of despair but never tipping over it. In purely ‘song’ terms, there is nothing here to touch it. The word ‘enjoy’ may not be the most appropriate, but this song will touch your soul. You should let it.

Things have to have an upswing of mood at this point, and again it is perfectly judged, as Forever Days is up next, with Steve Hackett this time on joyously exuberant, and occasionally almost metallic, electric guitar. A gloriously uplifting central riff drives this composition, which is certainly prog, but in a form unlike any that has gone before it on the record. It’s irresistible, hooky, joyous, and puts a big smile right onto your face just when it’s needed the most. Following that comes We Are One which, despite being another strong piece with a thoughtful lyric and some superb playing, still leaves me with the only slightly jarring note on the record, as a repeated piano motif is so reminiscent of Pink Floyd’s High Hopes that it will not allow my brain to divorce itself from that song and immerse myself in this one! That’s almost certainly just a personal reaction to it, but it proves a bridge I struggle to surmount on each listen…

Thankfully there are no such issues with the penultimate track here, Childhood Delusions, the chorus of which gives the album its title. This is another almost jazz-inflected piece which has a swing to it which is impossible to resist. It matches the lyric to perfection, as the recollections of nostalgic childhood memories are accompanied by music which is the sonic equivalent of the carefree image of a child jumping the puddles on the way home, in a world where nothing hides in the shadows, and the Wild Things do not belong. The feeling of nostalgia accompanied by wistfulness and joyous abandon at the same time is an incredibly hard balance to pull off, yet it does. As she sings ‘The man in the moon still follows me home’, the immediate impression is ‘why yes, yes it does. And long may it continue to do so’. You can’t hold on to childhood, but this song gets you as near as it’s possible to go. Following this with another dramatic peak is sidestepped, as the album ends on a charming vignette of sorts, the one minute and 40 seconds of Where The Small Things Go. Featuring Amanda’s voice backed by Steve Hackett’s unmistakable nylon-string acoustic guitar magic, it’s a gossamer-delicate way to bring the album to a close, and it could scarcely do so in better fashion.

For a debut release, this is an absolute triumph, it really is. It I was to change one thing, I would probably reverse the placings of Childhood Delusions and Who Are The Heroes, as I think the former would be a brilliant scene-setting opener, while the latter would give a contrasting touch of drama before the charm of that closing piece. That’s the smallest of small potatoes in the grand scheme of this release, however. There is no doubt that Amanda Lehmann is now far more than merely a band member, she is a serious musical force. With the exception of the closing co-composition with Hackett, she is responsible for all of the songwriting on the album, and it is almost entirely beyond reproach. I expected this to be an enjoyable album. I did not expect it to be a Top Ten release for the year. In fact, it isn’t – it’s a Top Five release. I would recommend this to pretty much any lover of good music. You don’t have to be a prog fan, though if you are it will scratch that itch.

Some releases are too strong to limit by genre classification. This is such an album. 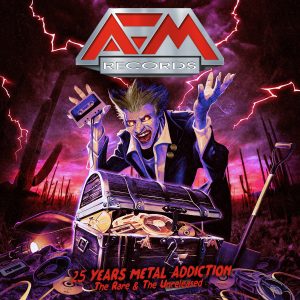 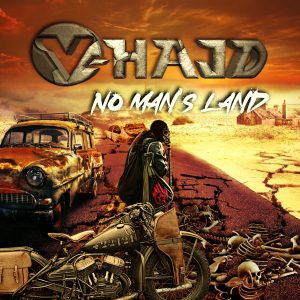