As an admirer and fan of Anthony Phillips’ music for 35 years now, it’s brought me genuine joy to see so much of it thrust back into the spotlight thanks to Esoteric’s tireless reissue campaign. Under the watchful eye of official Ant archivist Jonathan Dann, the amount of previously unreleased material dug up and polished for these releases is truly impressive. This January sees the release of the lavish 5 CD Archive Collection Volume I & Volume II, bringing together two out of print collections, expanding and remastering them, and tacking on a companion disc of hitherto unheard music (more on that in a moment).

Ant’s sprawling Private Parts & Pieces and Missing Links series had been met with acclaim from fans over the years; the former an assortment of snippets and curios that weren’t part of any rock album project but needed a home, the latter a compilation of his best TV and film library music made available to the general public. With these anthologies proving to be of great interest to listeners, Ant turned his attention to attic trawling, blowing thick dust off ancient tapes and stumbling upon music from his earliest recordings (some of which saw the light of day on the first Genesis Archive boxed set in 1998) and a wealth of long-dormant material from throughout the years. Antiquated media was delicately transferred via modern technology and hours of forgotten music assessed. The pieces deemed worthy of inclusion were eventually compiled into the two Archive Collection volumes; essential collectables released six years apart which gradually became difficult to track down, and a tad pricey for the casual fan.

The first volume was released in 1998 and was a treasure chest of 23 tracks from the vaults, particularly noteworthy for including the 1969 demos that featured F Sharp. For anyone still unaware, this was the original dual guitar piece composed with Mike Rutherford that eventually blossomed into The Musical Box following Ant’s departure from Genesis. From the same sessions sprung the original demo for The Geese And The Ghost, a beautiful composition which flows nicely alongside F Sharp (and in an alternate universe could have been joined to it as one long piece). Further gems include the intended ‘single’ version of a theme from fan favourite album Slow Dance, and early takes of tender Geese And The Ghost ballads God If I Saw Her Now and Which Way The Wind Blows, with Ant’s fragile vocals showcasing the delicate beauty of these now classic compositions.

Initial copies were released with a limited edition bonus EP (my own plebeian one-disc version is not one of these, which I’ve spent a lot of time sulking about ever since). That second CD has finally been restored here, ballooning to a full disc of 18 tracks, many previously unreleased. Much of the focus is on the classic period when Ant was recording Geese, Wise After The Event, and Sides, with a few other little gems scattered about. It’s safe to say that fans of that era will find plenty to enjoy here. As a lover of the song Master Of Time, I was chuffed to hear a new instrumental version (compiled from two recordings), as well as the 1969 piano demo of Ant’s original ideas for that piece. The extensive booklet provides full details about all of these new tracks, as well as updated information about the rest based on further and more recent research. The disc closes with Pennsylvania Flickhouse, the earliest known Genesis-related recording from Ant and Mike’s Charterhouse band Anon in 1966. Featuring Richard Macphail on vocals, this prehistoric fossil had been only previously been available on an obscure 2011 CD single from the German Genesis fan club (another now pricey acquisition on the secondhand market). A lengthy account of this period is provided in the booklet for enthusiasts of embryonic Genesis history to pore over. I’m curious if anyone who does own that fan club CD will sell it off now… it might even cover the cost of this entire set!

The second Archive Collection – a full 2 CD set this time – followed in 2004. Again, the compilation spanned decades and styles among its 45 tracks, and despite its hodgepodge nature, seemed to have a listenable flow about it. Surely the centrepiece is Scottish Suite II, a striking arrangement of music largely consisting of the remaining pieces Ant wrote for the Macbeth project in 1976 but were unused in the first Scottish Suite (found on Private Parts & Pieces II: Back To The Pavilion). Old Wives Tale (here performed as a solo guitar piece rather than the more familiar duet version), dates back to 1968 when Genesis performed it as Little Leaf, and then-current drummer John Silver also returns to play brushes on the Fantomas opening theme in this collection.

The most robust addition to this shiny new set, however, is disc five: The Masquerade Tapes. Dann spends a full eight pages detailing the history of this project, so the story doesn’t need repeating here. To quickly sum up: Ant recorded a lot of music in the early 1980s for a musical that was to be based on Kit Williams’ 1979 book Masquerade, a popular story which had prompted a nationwide scavenger hunt at the time. The musical never came to fruition (with Ant’s involvement, anyway) but Ant felt the music he wrote was worth revisiting… so he did. The fifteen tracks here have been newly mixed and assembled to form a cohesive listening experience, and in typical Ant fashion, they cover a wide range of styles; from peppy synth and drum machine (a la 1984) to wistful acoustic guitar, jaunty piano, and even serenading vocals (courtesy of Lindsey Moore) in the beautiful Moon’s Lament For The Sun. What a treat to have this music finally made available. And as a sucker for Ant’s piano pieces, I can confidently claim Hare B Minor and Fire as two new favourites!

I won’t be alone in tipping my cap to Dann, the Esoteric crew, and the behind the scenes team who have been involved in these restorations. At a walloping 101 tracks and five and a half hours in length, with a wealth of previously unheard material and sporting a beautifully illustrated booklet, it’s hard not to consider this a more than worthy upgrade to the old Archive Collection CDs, which in their newfound redundancy can be flung straight into the ‘sell’ pile. And for anyone who doesn’t have any of this material to begin with, well, it should be pretty much a no-brainer at this point. I expect this collection will bring a touch of colour to the bleak grey winter weeks of the new year, and some happiness amid the uncertainty the world still faces. Nearly 52 years after he left Genesis, you can still count on ol’ Ant Phillips, master of mood and atmosphere, to provide comfort with his bounty of music. 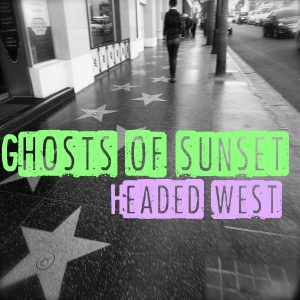 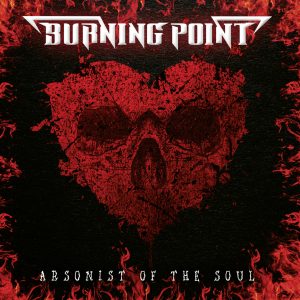 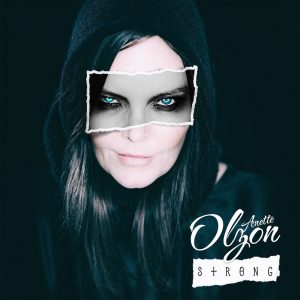