Emerging from an eight-year hiatus, songwriter Gianluca Divirgilio brings his darkest and most introspective thoughts to light with Arctic Plateau’s Songs of Shame. Arctic Plateau is an Italian post-rock and shoegaze one-man band formed by Gianluca in 2006, he went on record at that time to describe his music as “music explicitly dreamed”. He released most of his raw early material on Myspace before signing up with Prophecy Productions in 2008.

The first full-length Arctic Plateau studio album, On a Sad Sunny Day, was released in June 12, 2009 followed by a collaborative album in 2011 with Les Discrets.

A second full-length album, The Enemy Inside, was released in 2012 by Prophecy Productions, and shortly afterwards the band was selected by Vincent Cavanagh of Anathema to open their Italian tour. Thought by some to have seen its final days, Arctic Plateau instead became a vehicle for Divirgilio to battle his demons; to chronicle struggle, self-doubt, pain, disillusion, and guilt, and ultimately to allow his scars to take form as this latest production, Songs of Shame. While the themes centre around the ghosts that can haunt us, the music gives these substance and provides catharsis. Songs of Shame is an album that, although it channels sadness, there is a maturity in its honesty and a deft lightness of touch and composition that gives it the ability to lift the listener up while relating the weight of sorrows carried through the years.

For me, two English parallels might be Richard Thompson and/or Nick Cave, both masters of sparse, sometimes gloomy arrangements twinned with lyrics that, whilst still being pretty heavy subject material, also twinkle with humour and richness. It also strikes me that there are several parallels with another post-rock Italian singer-songwriter I reviewed for this August e-zine, a guy called Andrej Kralj, who produces music under the band-moniker of A Day In Venice – indeed there’s even a song called Venezia later on!

The album features ten tracks that flow in a really quite light-hearted, post-rock style, a crisp clean production allowing sounds to bubble away while Gianluca bares his soul. The opening title track is a classic of the genre, delicate guitar work floating above a pacey rhythm that allows the vocals to be dropped in in a shoe-gaze yet almost Mark Knoppfler way. A VERY promising start! It’s followed by Saturn Girl (as featured in the lyric-video below). Again, the melodies and guitar licks dominate in a generally upbeat composition that belies the sadness of the tale being told. I’m again happily toe-tapping along with a quality song.

Continuing with Arctic Plateau’s new tracks, the melancholic ambience continues, with a sort of elegaic wistfulness that’s not depressing, more a sense of that dusky calm at the end of the day. The tracks all include a sort of subdued riffing, the overall sound washes over you, it left me with a sense of tranquility.

No Need To Understand and Dark Rising Sun reveal a different tone to Gianluca’s vocals, almost as though he grows more confident and “projecting” as he works through the album. On some songs he does that gruff Mark Knoppfler story-telling, on others he’s more like Tim Burgess from The Charlatans. Both work well, and the variety adds to the atmosphere. Venezia is a good example of that more almost Mancunian, Doves-like shoe-gaze, it jingle-jangles along beautifully, with an extended guitar workout that’s truly mesmeric when heard over headphones.

The compositions on Songs of Shame mirror the duality of its themes, utilizing the disarmingly upbeat aesthetics of post-punk to balance the often grim themes contained within the lyrics. They draw from stark self-reproach, the bare honesty of singer-songwriter music, and the enigmatic sparkle of post-punk to create a strikingly memorable sonic landscape for the listener. And that’s the point – this does not sound like an especially gloomy record. By focusing these laments through the lens of music that is brighter and more buoyant, means that Gianluca sows the seeds of healing in a manner that would be far less effective if they were put across in a dirge-like manner – and the listener gets to be much more satisfied.

A series of impressions drawn from Divirgilio’s own experiences in the time since The Enemy Inside, this record is a compendium of lost love, missed opportunity, crestfallen remorse, and lasting trauma, self-inflicted and otherwise. It is a deeply personal record that often points its finger at the mirror and winces as it’s reflected back. But in its complex self-exploration it also gains life as a living document affording the artist an opportunity to turn the page, and by accord provides its audience safe space to look to the darkness within, feel the emotion freely, and eventually discover a path through.

The last two tracks, One Way Street and Red Flowers, share a slower sparser pace of composition – you know we’re coming towards the end of this set of stories. The trademark echoing guitar jangles act as a neat counterpoint to the short lines of lyrics, the whole continues to flow and entertain in a way I really didn’t expect. This album came as a complete and very agreeable surprise, I’ve not heard of him / “them” before, but he/they are another slice of quality Italian post-rock – try it! 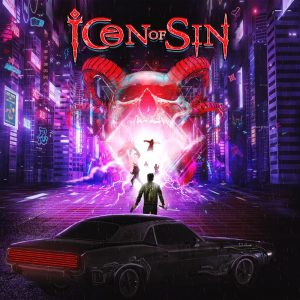 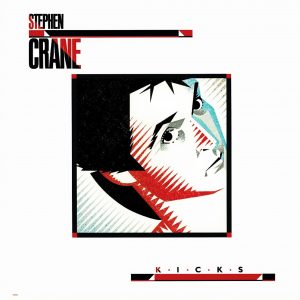