Arrayan Path is a Cypriot power metal band that was initially formed in Boston, United States in 1997 by vocalist Nicholas Lepton and guitarist Clement Fung but is now based back in Lemeson (Limassol) in Cyprus as Lepton has since returned home. They have been active since formation but there was a slight name change in 2011 with the band originally being known as Arryan Path (we can all have our own ideas about what prompted this change). These days, the band lines-up with Leptos on vocals, his brother Socrates Leptos on guitar, Christoforos Gavriel on guitar and Miguel Trapezaris on bass. The drums are not credited on the publicity accompanying the album but there are drums on the album because I can hear them. So who is the phantom drummer? After a little careful digging I have come up with the name of Danny Conway but apologies if this is not actually correct. This is poor work from the PR department because the drums are an integral component in power metal and we should at least be told who has provided them.

The gloriously titled The Marble Gates to Apeiron is now the eighth album in the long and successful career of the band although the recorded activity in the earlier years was a little tardy with the debut coming in 2004 with Road To Macedonia and then there was a long gap before the second, Terra Incognito, was released in 2010 but activity has subsequently been stepped up since then. Band leader and vocalist Nicholas Lepton is also the current singer with Warlord and he has a powerful voice with a touch of true steel running all the way through it which makes him such a superb metal vocalist and his English delivery is absolutely perfect but that is no surprise given the amount of time he spent in America. The band trades in epic and bombastic power metal with a most definite symphonic/orchestral feel and has created a real tour de force with this new album. It is a strange type of music to describe as Arrayan Path seem to have mastered the dark art of blending epic power metal with the sound and feel of a traditional orchestra in full Requiem mode with consummate ease and The Marble Gates To Apeiron has all the attributes of a runaway train heading towards disaster yet the band retains full control at all times and knows how to take it right to the very edge but then everything falls into place and the only way you can find to describe it is sheer genius. The only other band that I can recall that comes close to the manic insanity of it all is the American gothic Christian rock band Saviour Machine and both seem to walk the same tightrope between the light and the dark.

This is not an album made for just a casual listen and it needs to be savoured and nurtured as each play opens up previously unseen and unheard segments that quite simply take your breath away. The drums and bass are relentlessly and hit you with a thrash like intensity over which the two guitarists lay down lick after lick and hit you with a continuous barrage of earth shattering riffs. This is not a concept album by any means but there is a running theme concerning human interaction with the world and each other with the album comprising three parts each made up of three songs to cover The Past, The Present and The Future. As usual, these stories are told through historical and mythological themes against an apocalyptic musical score. The songs are amazingly well written and to a different order of much that you will hear elsewhere, how many bands could create an epic and provoking track like The Cardinal Order, play it too loudly and you just may get a knock on the door from the Spanish Inquisition! Amazing songs, wonderful playing and a score that will stay with you forever.

Special mentions must also go to Slava Selin and his work with the band on production duties and the multi-talented Simone Mularoni on mixing duties not forgetting the great artwork on the cover by Giannis Nakos. This is a marvellous, moving and redeeming work from a passionate band and an album that you will keep returning to again and again. If you appreciate the work of bands like Sabaton, Rhapsody (of Fire) and Kamelot then there is so much here for you to saviour and enjoy. 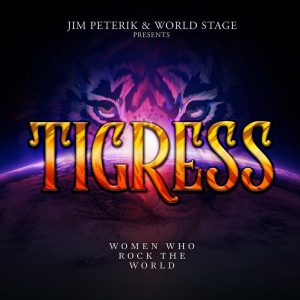 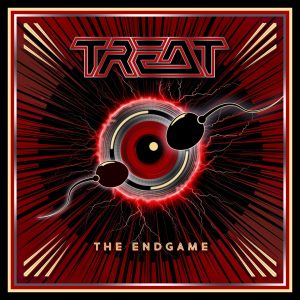