Looking for something different, as the times were most definitely a-changing in 1981, four stellar talents – Geoffrey Downes (keys), Steve Howe (gtr), Carl Palmer (drums) and John Wetton (bass & vocals) – formed what was then described as a ‘supergroup’ and, in 1982, they hit the ground running with their eponymously titled debut album, which went platinum four times over in the US, and was the biggest selling album of the year, topping the US charts for nine weeks in a row, reaching no: 11 in the UK album charts, with the single taken from the album, Heat Of The Moment, also doing well in the charts.

All four musicians had played in bands which had sold millions of albums (Yes, ELP, King Crimson and, er, The Buggles) but in Asia they decided to leave their prog antecedents behind them and embrace the more commercial FM rock sound which was popular with US radio, as well as the soon-to-be-inflicted-upon-us MTV. John Wetton: ‘Prog was deep inside all of us but, with Asia, we sliced away the fat. We took our twelve minute songs and removed the ten minutes of noodling. The ingredients we’d grown up with were kept but transposed into a more succinct setting’.   The musical pedigree of musician in the band was doubted by nobody, but many prog fans, expectant of an album seeped in top quality prog in its truest form, given the musicians involved, were left disappointed. However, despite this, Asia went on to attract an audience for their music, just not the one they might have expected.

This new boxset is intended as a celebration to mark forty years of Asia, with five double CDs culled from tours in 1982 and 1983, plus 2007, 2008 and 2010, all included in a collector’s edition boxset, designed by Roger Dean. ( Why the lengthy gap ? The history of Asia and its myriad line-up changes is probably on a par with Yes and a complete other story!!)  The sets for the 1982 and 1983 albums features mostly music from the first two albums, though Howe includes a couple of tunes from his solo deep cuts. But for the reunion albums from 2006 onwards, they played album tracks as well as several heritage tracks from their previous bands. So we get versions of Fanfare For The Common Man, Court Of The Crimson King, Roundabout and The Clap amongst others – even a version of Video Killed The Radio Star !

The opening show is from 1982, recorded in Buffalo, USA, and features every track from their debut album, plus Midnight Sun from their second album Alpha, with Steve Howe performing The Ancient, from Topographic Oceans, and The Clap, plus during Here Comes The Feeling, here comes a six minute Carl Palmer drum solo. At this time Asia were on fire and it shows in this performance. One thing which is noticeable, however, is the quality of the vocals doesn’t always match the quality of the music. Wetton is a fine musician but his voice can’t always reach the notes he attempts. Asia also stick very much to the script, performing songs exactly as recorded on their debut album, with little in the way of spontaneity or improvisations, even down to solos being almost identical. They’d hit on a winning formula with US airwaves, no surprise given they were signed to Geffen, and, taking no chances, they stuck rigidly to it, somewhat surprisingly for a band with top quality musicians who’d come out of bands where lengthy of-the-cuff solos were often the norm.

August 1983 sees Asia performing at the Worcester Centrum, Massachusetts, and is a mix of tracks from the first two albums, with only six of the fifteen pieces coming from their second album. The tracks on Alpha are mostly similar to what had been on their previous album, and all written by Downes & Wetton, which contributed to Howe leaving the band. A highlight is the Geoff Downes solo spot, where he plays some quite delightful keyboard runs and shows off his musical imagination to good effect. Also, Steve Howe gets to show his amazing versatility on the acoustic guitar with a fifteen minute solo slot and performs three acoustic tracks: Beginnings, from his first solo album, and Valley Of Rocks from his Grand Scheme Of Things album, plus The Clap. This is then followed by a run of tracks from the Alpha album, including the melancholy Last To Know and Open Your Eyes, featuring some fine guitar work from Steve Howe and possibly the best track on the album. Here Comes The Feeling then follows, with a thunderous eight and a half minute solo from Carl Palmer, before they conclude what was a very positive set with Sole Survivor and Heat Of The Moment, both songs extended with the band seemingly enjoying the reception each song garnered.

By the time of the 2007 Sao Paulo gig, Asia had been through a bewildering number of personnel changes, with Geoff Downes the only person who’d stayed the course, before the four original members, who’d been through all kinds of splits and recriminations, got back together to celebrate their 25th anniversary, after securing the exclusive rights to use the name Asia. The tour which followed focused mainly on songs from the first two albums, plus each member bringing in something from their previous band.

This begins with a slightly slower version of Roundabout, with John Wetton showing he’s no Jon Anderson when it comes to reaching the high notes. Howe performs The Clap before an audience which listen quietly, in contrast to the Worcester gig where the crowd whooped and cheered all the way through. Surprisingly, Palmer doesn’t perform a solo during Fanfare For The Common Man, though the other three members do. Court Of The Crimson King is a song too far, though, with none of the intensity and power of the original, and their version leaves much to be desired. This is followed by an awful version of Downes’ Video Killed The Radio Star, with little of the playful jollity of the single. Palmer’s solo comes in during The Heat Goes On and is, by his exemplary standards, quite short and rudimentary. The set, highlights of which include an acoustic version of Don’t Cry and a lovely version of Ride Easy, mysteriously omitted from the debut album, concludes with Sole Survivor and Heat Of The Moment, with Wetton attempting an audience singalong towards the end.

The Tokyo gig in 2008 sees fourteen of the tracks from Brazil 2007 being performed again, including the same heritage numbers. There’re also a couple of rarely performed album tracks, such as Wetton’s fine solo acoustic performance of Voice Of America – a homage to Brian Wilson – from the third album, Astra, plus An Extraordinary Life, from the 2007 reunion album Phoenix. Downes performs Bolero and Howe plays The Clap. Palmer solos again during The Heat Goes On and there’s a slightly heavier version of Video Killed The Radio Star. The set concludes with … what else … Sole Survivor and Heat Of The Moment.

The final show sees Asia performing in dear ol’ Blighty at the HMV Forum 2010 and, along with the usual suspects … Sole Survivor, Heat Of The Moment, Only Time Will Tell, etc … they also perform five tracks from their latest album, Omega, including Holy War, End Of The World and Through My Veins, alongside the anti-war song Never Again from Phoenix and Go from Astra. One of the standout tracks on this set is Steve Howe’s wonderful take on Vivaldi’s Lute Concerto in ‘D’ Major, which then merges into In The Course Of The Day from his Natural Timbre album. Wetton and Downes perform an enthusiastic Don’t Cry before Carl Palmer storms his way through probably the best drum solo on the entire five disc set with a powerhouse demonstration of drum play. There’s little doubt every member of the band is a superlative musician, especially Steve Howe, whose playing is a delight in every show, and the music they play is performed as you’d expect from musicians of this calibre. Taken as a whole, across the five ‘live’ shows on offer on this boxset, there’s a lot of really good music and, if you’re an Asia fan, you’re in for a treat.

But, for myself, I’d have liked to have heard Asia be a little more adventurous on stage, throw off the caution and take a few more risks by going out on a limb, changing the set list around a bit (at least six songs are reproduced five times across this boxset) which is what their previous bands did, often to stunning effect. God knows, they’re all good enough at their instrument to do so. But, with the sales figures they’ve racked up down the years, there’s probably no arguing with success! 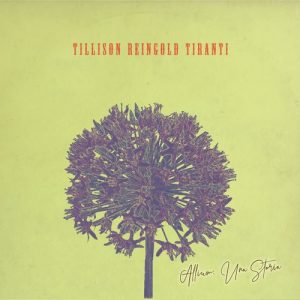 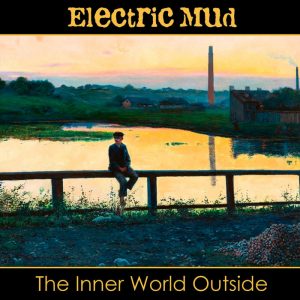 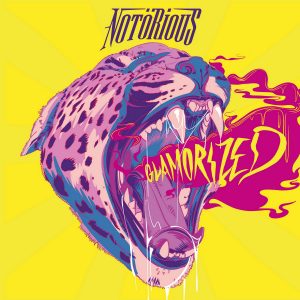