As subjective as taste in music is, even the most ardent of hard rockers will begrudgingly acknowledge a good pop song and modern day rock bands covering songs from the 1980s and 1990s is of course nothing new. While some will plant a cover unashamedly slap bang in the middle of their new album, others will park a cover at the end as a bonus song. There will be several schools of thought on cover songs – some will see it as a lazy cynical ploy to fill a quota whereas others will enjoy the novelty of hearing another side to a band, that clash of opposites with a pop song being “rocked up”. Some bands have even become famous on the back of cover songs and therefore creating an inevitable monster that is difficult to escape from. The truth is that there is endless inspiration from the past and it does not always have to be deep and meaningful with both the inspiration for the song and the reaction to it being wildly varied.

While a one off cover on an album is more than tolerable and can be quirky and fun, how does the idea of two albums with nothing but covers appeal? The idea may herald cries of “too much” or “can bands not write their own songs anymore, everything is a remake” but hold onto those horses there because At The Movies and the two volumes of Soundtrack Of Your Life are an absolute joy and terrific fun. The true genius here is three fold; the cast of players involved, the choice of songs and the fact that they all just sound superb.

First things first…At The Movies is the brainchild of Pretty Maids guitarist Chris Laney and the concept is that he was stuck during the covid pandemic with litertally nothing to do but watch movies. Laney then contacted some friends – drummer Allan Sørensen (ex-Royal Hunt), Morten Sandager on keys (ex-Pretty Maids), bassist Pontus Egberg (King Diamond, Wolf), guitarist Pontus Norgren (Hammerfall) and vocalists Linnéa Vikström (Therion, Kamelot) and Björn “Speed” Strid (Soilwork, The Night Flight Orchestra) – to bring the idea to fruition. The name of the band is something of a clue in that the songs were all inspired by the movies that Laney was watching.

To say that the musical make up of the songs is on point is something of an understatement and here is where the balance is. Of course the songs are “rocked up” covers but they more than retain their original identity, there is no attempt to add extremity to them or twist them out of all recognition for a laugh. All of the songs are faithful to the originals but it is the attention to detail and giving them the rock flavour that really stands out. While some might suggest that this should not be too difficult for seasoned professionals, there is a real love for the songs and it is obvious not just in that detail but in the care and attention paid and the performances of the players. Whether it be a solo or even a little guitar tweak, everything is done to enhance the song but keep within its original spirit – and every single track is lovingly crafted and along with spot on production, both albums sound absolutely sublime Laney could not have picked two better vocalists for this project and it is not just as individuals but how Strid and Vikström work in harmony. Björn “Speed” Strid – is there anything that this guy cannot do? It is one thing to go from his melodic death metal guise in Soilwork to The Night Flight Orchestra but covering ‘80s and ‘90s pop tunes, it may sound like an easy day’s work but Strid’s enunciation and capturing the spirit of the original song is so good, it is ridiculous. Likewise with Linnea Vikström who has such power and gloss to her voice but the two really do compliment each other whether they are duetting or in harmony.

To analyse 24 songs would be an exercise in futility because every song has something to shout about but there are some standouts with Wouldnt It Be Good being better than the original and both The Heat Is On and The Power Of Love – pop songs with rock quality and having the latter amped up a notich to give them even more of a kick. The powerhouse vocal combination truly comes alive on (I’ve Had) The Time Of Your Life with Strid and Vikström excelling themselves in capturing the whole spirit of the tune – as well as reminding us of the iconic scene in Dirty Dancing. There are other touches which should not work that work tremendously well such as flipping over the vocals and having Strid sing on songs that on the originals were female vocalists such as Belinda Carlisle’s Heaven Is A Place On Earth and Tina Turner’s We Don’t Need Another Hero (Thunderdome). This works equally well vice versa and having Vikström take lead on Far From Over which was originally sung by Frank Stallone.

It may depend on how much of a movie nerd a listener is – Laney admits to loving his rom-coms – and while the 1980s album has a lot of obvious songs and from which movies they featured – who could forget Back To The Future and Huey Lewis And The News’ The Power Of Love? – some of the songs on the 1990s album, while the tunes were familiar, the movies they came from were not. It did look odd to see Heaven Is A Place On Earth on the 1990s album and not actually know the movie that it was featured in. On the other hand, it hardly spoiled hearing the song having to do a bit of Internet digging and it was just a case that the tracks and their movies are way more obvious elsewhere but this will depend on the listener. The albums can be how they were intended or a collection of very familiar songs reimagined.

Volume One of The Soundtrack Of Your Life is actually a reissue, the album was originally released in 2020 with the second volume being totally new for 2022. Take your pick or get both but in dark times and strange days and when everyone needs a bit of a lift, there is nothing but belting out a beloved song whether anyone is watching or not. Hairbrush microphones or raising the roof in the car on the daily commute are of course optional.

A bunch of pop covers may sound a tad cheesy and throwaway but all credit to Chris Laney in turning his boredom during a pandemic into inspiration and when the quality of the songs and the performances is as good as it is – who cares if it is cheesy whether it is cheesy or not? Everyone involved is having fun – just check out some of the videos on YouTube for proof – and for anyone that does love pop music from the 1980s and 1990s then there is much to enjoy here.

Tag: At The Movies, Atomic Fire Records, The Soundtrack Of Your Life 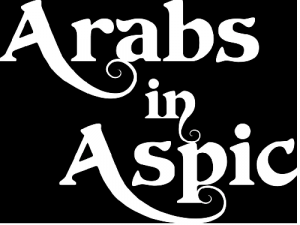 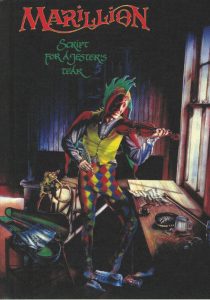