I’m not sure where to start with this release by Avaland other than to say it may be wise to put all of your senses into overload mode as this recording is epic and literally off the scale when it comes to grand, operatic metal with a seeming cast of thousands! Avaland hail from beautiful Grenoble in France and truly have hit the ground running with this magnificent and moody symphonic metal, rock opera. It seems that the band founder Adrien G Gzagg is a man of vision and he most certainly has an eye for the bigger picture as he sees Avaland more of an operatic juggernaut rather than a traditional symphonic metal band and it is going to be interesting to watch and sees what happens as Gzagg intends to take the album to the stage rather than on a more traditional rock tour. I’m assuming that the high number of musicians required simply means that touring is not going to be an option, just quickly scroll down to see how many musicians have been involved with this recording and you will see that this is not your conventional 5-piece rock band!

Adrien G. Gzagg is the composer, writer, lead vocalist, Keyboard players and has done the orchestrations too with the rest of the band being Camille Souffron on bass and double bass, Christophe Feutrieron guitar, Lucas Martinez on guitars and Léo Mouchonay on drums. As if this isn’t enough, he has also brought in several guests with Ralf Scheepers (Primal Fear), Zak Stevens (Savatage/TSO), Zaher Zorgati (Myrath), Emmanuelson (Rising Steel), Stéphan Forté (Adagio) and Madie (Nightmare). Basically, the concept of the album ready like a storyline from a science fantasy book as Gzagg has developed a story built upon heroic fantasy and mythology, a sort of musical Game Of Thrones if you wish, in which a young sorcerer sets of on a perilous journey to bring ‘the light’ back to Avaland. To tell the tale, Gzagg has written the music with an interaction of eight characters so expect lots of singing and vocal interplay. It’s fairly obvious, and Gzagg confirms this, that much of his inspiration has come from the likes of Ayreon and Avantasia and the worlds that those great musicians have conjured into being. In truth, there is so much happening on the album that you really need a good ten or more plays to fully understand what is happening as you pick up on something new with each play. The musicianship is superb with thrilling guitars and any number of perfect vocalists and I’m not sure how much time and effort Gzagg has put into this work but it does have the feel of a life time’s work and it is truly ambitious and almost off the scale when it comes to assessing what is happening. In truth, it could very easily have been a muddy mess, especially so given the number of musicians involved but he has kept everything under tight control so what you actually get is just what was required, nothing more and nothing less.

Whilst the work is rock opera, it is more Tommy or Quadrophenia as the vocals remain conventional and hardly a soprano in sight so if the cod operatic works have put you off in the past then this could quite easily be an antidote as it is a very valid and pleasing metal album too. Please give it a listen but be prepared to spin it several times to allow all of the subtle (and not so subtle) nuances to be absorbed.

Choirs and Back Vocals: 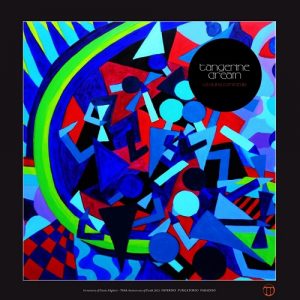 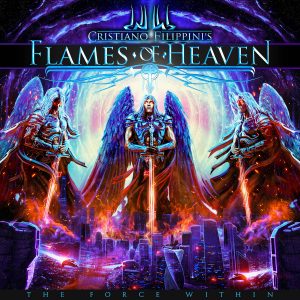 Cristiano Filippini’s FLAMES OF HEAVEN – The Force Within (Limb Music)