There aren’t many rock bands around today that can put on a show this good.

The first thing that struck me about this album was the title. Quite a few albums are entitled “An Evening With [artist name]” but typical examples are “An Evening With John Denver” or “An Evening With Diana Ross” which tend to conjure up images of smoking jackets and sophistication.  For those of you familiar with Avatarium, you will know that sophistication is not a word normally used in the same sentence as the band. No, this certainly isn’t John Denver gently tapping on the door asking to sing a song by a log fire; it is a bunch of Swedish heavy doom rockers coming through your front door with an Enforcer and demanding you get up and shake your head to their music. Having said that, the title is perhaps apt in a way because the venue for the gig in question is the Nalen – a historic venue in Stockholm (built in 1888 apparently) – whose small intimate scale and classical architecture would actually be perfect for an evening with….well, John Denver or Diana Ross, actually. Perhaps aware of this, singer Jennie-Ann Smith is snazzily dressed for the occasion – white shirt, cufflinks and smoking jacket. Should you be wondering how I am so familiar with the young lady’s attire, the same gig was released earlier in the year as a DVD download but is now available in audio format on all digital platforms, thus allowing one to hear it in all its glory on your phone or through your stereo.

Having released four studio albums so far, the timing was certainly ripe for this live release. The band have evolved over the last decade, sometimes in subtle ways, and this release gives us a panoramic view across their career. The gig in question was at the start of what had been intended as a lengthy tour to promote their fourth album The Fire I Long For. Covid-19 sadly curtailed that tour of course but this release at least gives a taste of what might have been for those that missed out. Not surprisingly, the set focuses on promoting The Fire I Long For with six of the fourteen tracks coming from that album. It’s a fine album and perhaps their most consistent to date, so no qualms with that. I was curious to see if they could  manage to transfer the weight of sound they create in the studio to the live arena and they certainly didn’t let me down on that point. Marcus Jidell’s guitar chords were at least as fierce and distorted as the studio versions, and he’s certainly playing very loudly – to the point that poor Rickard Nilsson may be banging away at the keyboards energetically but sometimes you can barely hear him! I was also impressed by Smith’s voice which doesn’t lose anything in power or tone compared to in the studio. In fact, she sounds totally in control and effortlessly hits the high notes, the low notes and the downright loud notes. Since the band don’t give us a guitar, bass or drum solo, she doesn’t get a proper break all evening either so full marks to her for her stamina too.

Before listening to the album I did have a concern that there was a risk of a certain monotony as the band ran through its heavy doom catalogue. But the band cleverly mix up the set – which itself reflects that there is much more to this band than just grinding out riffs. The faster paced songs – Shake That Demon and The Sky At The Bottom Of The Sea both work well, for example, as does the brilliant Girl In The Raven Mask, even if that was slightly quicker than the studio version – and had Jennie-Ann Smith producing vocal miracles to keep up (there are a lot of words in that chorus!). The band aren’t afraid to slow down the pace either, as in In My Time Of Dying – yes, that’s the same blues classic made famous by Led Zeppelin, delivered here with just soft guitar chords and Smith’s heartfelt vocals (ah, what I’d give to hear her sing that as a duet with Robert Plant!) – and even more bravely in the ballad Stars They Move which consists just of piano and vocals. With a lesser band, such a ballad might have been accompanied by impatient fans whistling for the next song but here there’s no doubt that Smith has the audience in the palm of her hand and totally enthralled.

The two tracks from the debut album – the eponymous Avatarium and Moonhorse – demonstrate the group’s slow and sometimes rambling doom roots. Fans of the band are unlikely to concur with my view but I’d suggest these two songs have not really aged that well. Compare them to other more recent compositions and you can see that the band have moved towards cleaner and more melodic song structures but without selling out in any way. A good example of that cleaner style is The Fire I Long For which works its magic with a superb vocal delivery and a beautiful guitar hook – no need to batter down the front door to get your attention here at all. Many of the songs are improved in the live environment but the one that takes the cake is Pearls And Coffins which lifts the already brilliant studio track to a new level. The verses are delivered in a sultry blues style with the first iteration of the chorus being equally laid back which works fantastically well, replacing the studio version’s power ballad format of quiet verses and heavy choruses with a more gradual brooding build up which culminates in a fiercely delivered chorus – and we’re still only half way through the song! What we then get is an awesome guitar solo from Jidell underpinned by Nilsson on the Hammond. Any Uriah Heep fans who thought there’d never be another July Morning definitely need to think again.

Rather oddly we get two tracks which are just banter from Smith in Swedish. OK, I get it: they are a Swedish band playing in Stockholm, but knowing the gig was being recorded you wonder why she didn’t speak in English. Leaving that minor quibble aside, the band have delivered a great live album and a great “Best Of” at the same time, demonstrating both their live prowess and the surprising variety in their catalogue. The only question that is left unanswered is: why are they not so much bigger? Really, there aren’t many rock bands around today that can put on a show this good. Check it out! 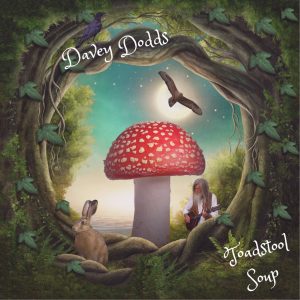