New Wave of Classic Rock favourites Bad Touch release their new studio album Kiss The Sky on Friday 19th June 2020. Their fourth album, I would say it’s their most complete collection of material to date with the band having gone for a stripped-back no-nonsense production built around what they do best, which is writing catchy, feel-good rock. The band live for being on the road, and they’re itching to start their re-arranged tour, thirteen dates now lined up for a start (hopefully) in September (see Velvet Thunder news, 13 May).

Kiss The Sky has been mixed to capture the essence and energy of the band performing live, and it succeeds! You can picture them plugging in, cranking it up to 10 and going for it. “It’s always hard to recreate the live energy created during a show in the studio, but this time I really think we’ve nailed it,” says Bad Touch’s guitarist Robert Glendinning”. He’s not wrong, this is a timeless, straight-forward rock album that has a massively ‘fun’ groove with big chorus hooks, foot-stomping guitar riffs and lots of energy oozing out of each track.

The album kicks off with Come A Little Closer, which pretty much puts down the marker for the rest of the album – big riff from the off, slightly frantic but still bluesy, this might well have been the first track being laid down, you can tell the band are loving the session. Next is I Get High, which is NOT about drugs, but the best sort of natural high, finding the person you want to spend the rest of your life with, and exulting in being smitten.

These two tracks typify the album – the band don’t overload the songs with frills but what they do is hugely tuneful, all five of them providing harmonies over just classic blues-rock rhythms, they wear sixty years of rock heritage lightly on their youthful sleeves. There’s hints of Black Crowes, The Temperance Movement, Lynyrd Skynyrd, the Doobie Brothers, Free, the Allman Brothers, Bad Company…..the list could be very long but you don’t have to dwell on the past, just enjoy what’s new!

Let Go is next…are we sure this lot’s not from Alabama?! The song construction is again relatively straight-forward, very melodic, huge hookline, classic crooning, tasty licks, no need to say any more! This studio version has a gentle touch of piano before great guitar work storms back for the climax, the song will be well-known to fans who’ve seen them live having become a firm sing-along favourite.

Strut is the first single taken from the new album, another a huge harmony in the chorus reinforcing the band’s Southern gospel influences, and another effortlessly foot-stomper. One of my favourites off the album, I defy anyone to keep still while watching the video – the band certainly can’t! It also confirms that this band has come of age, and this album is the best that Bad Touch have recorded. And there’s another nine goodies still to come!

I’ve Got The Music In Me…..doo-wot, a cover of a Kiki Dee?? Well you know what, it works so well, it’s heavier, amped up and just great fun! Can You Save Me is then more countrified but still hard-hitting, still great tune. Kiss The Sky is a big one, a big groove, an in-your-face party song. It probably sums up how the band wanted this album to be. See You Again then takes the mood down, it’s a poignant song about the loss of a dear one (the father of one of the band). It was hard for the band to write and it nearly didn’t made it onto the album, but they’re glad they stuck to it and they’re proud to dedicate it to Joe.

Before I Die is a little bit different, with a funkier, gnarlier sound, very reminiscent of Black Crowes – and well on a par with “Their Southern Deities”, it’s an excellent performance all round! Read All About It then has a lovely tone to it, including some stonking licks from Rob Glendinning – just great classic rock! Too Much of A Good Thing is yet another wonderful slab of southern-rock complete with gospel chorus – I love it! As the band say, they’re not in the business of redefining rock’n’roll, but they sure know how to boogie! Sun And The Moon is the closing track on the album, and is for me the standout track. It reeks of the Black Crowes, and Magpie Salute, and is right up there, it’s crafted and performed powerfully and beautifully with their own touch – not ‘Bad’ at all!

As a bonus track on the CD version, There Is Something About Your Kiss is quite different, a real step outside of the band’s comfort zone. It strongly reminds me of The Answer’s work on Solas – a fantastic album, and it deserves the comparison, it’s a great composition with classic building of tempo, great vocals, great rhythm, and an absolute monster of a guitar solo. Phwoaarrr, I said it before and I’ll say it again – this is a band that’s come of age!

Go catch ’em on tour this Autumn, I certainly aim to, you won’t be disappointed!

Bad Touch’s new album Kiss The Sky is released by Marshall Records on June 19th. Pre-order the album from https://badtouchkissthesky.com/ 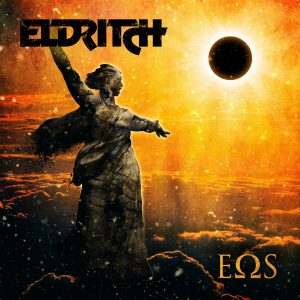