Be Bop Deluxe brought their relatively short but extremely notable career to an end only a year after this 1977 live recording, recorded during their UK tour earlier that year, disbanding after the following Drastic Plastic release. To the casual listener, and indeed to many fans who had not had the opportunity to see the band live, they would appear to have been an uncomfortable fit for the live environment, being very much more about the meticulously crafted sound of their studio albums, with very few excursions into the ‘big’ rock sound. Likewise Bill Nelson, though a superb guitarist, was for the most part restrained and always playing in the service of the song on those studio recordings. However, like Roxy Music, whose early albums the band bore some similarity with, the reverse was in fact true, and just like Roxy did on their seminal Viva! Roxy Music live album, so Be Bop unexpectedly flower into a brilliant live band when the spotlights hit them. Nelson frees himself from his own shackles in terms of his lead guitar work, putting on a dazzlingly virtuosic display throughout the album, and the band similarly rise to the rock and roll occasion alongside him. Many of the songs here outstrip their studio counterparts, and as a result there is a very strong argument that this release may well represent the band’s finest recorded legacy.

Before getting into the actual music though, a word about the format of the original release, which was and remains utterly baffling. There was far too much material to cram onto a single disc, so the album came out as a gatefold double vinyl. However, for some bizarre reason undocumented here, one of those discs was a 20-minute EP, making a total of roughly an hour. Considering the full shows featured five more songs, and others edited down, this seems to make little sense. It also resulted in none of the material from the most recent Modern Music album making the cut. We will come to that shortly, however. One thing which must be said is the the material on the album as released is all impeccably selected, with much of the tour recorded and the best performances stitched together for the album.

While crowd-pleasers such as Fair Exchange, Maid In Heaven and the hit single Ships In The Night (famously disliked by Nelson) are present in excellent renditions, the real greatness of the album lies in those songs which are expanded, reworked or, in one case, entirely new. The most notable example of this is the stunning version of Adventures In A Yorkshire Landscape – the only track here from the debut Be Bop album Axe Victim. Improved beyond recognition from its original three and a half minute form, it now sprawls across almost eight spine-tingling minutes, with Nelson contributing some of the most dazzlingly lyrical guitar work you’re ever likely to hear. It is so definitive as a performance of the song that it might as well come complete with a dictionary, in which every entry is ‘Adventures In A Yorkshire Landscape’. Not too far behind, and coming in as just slightly longer still, is the B-side to the 1976 single Kiss Of Light, namely Shine. Transformed from its studio original, it retains the same funky, instrumental basis, but once again spirals off into a guitar masterclass. These are the moments which truly transcend the band’s studio sound – without replacing it however, as albums such as Sunburst Finish are in their own perfectly crafted way just as indispensable. There is even an unreleased song, the splendidly acerbic Mill Street Junction, with its references to ‘the phantom of the Bingo Hall’. Once again, the guitar work is beautifully rendered, and the song deserved to have a studio release on an album. The album climaxes with the traditional encore of Blazing Apostles – delivered in blistering form, but severely edited down, as we shall see.

The first disc of this set contains the original album, while also filling the available space with a splendid John Peel session containing, happily, those three aforementioned standout tracks in superbly rendered versions – though Shine is renamed Still Shining, oddly enough. It’s the closest we’ll get to a studio release of Mill Street Junction, which is very welcome. This is the point where the real meat of this deluxe edition comes into play. The three-disc version, which I am concentrating on here, contains the full, unedited recording of a notable Hammersmith show on the tour, and is a brilliant extra to have. The first disc contains mainly tracks included on the live album as first released (with Swansong, from the Futurama album, the only addition). Straight away it becomes clear how tracks have been edited, or are different with different performances, notably Yorkshire Landscape, which is a couple of minutes or more longer still, but the third disc is where it gets really interesting in terms of new stuff. The majority of the disc contains around 45 minutes of material from Modern Music, all omitted from the final selection, and most of it superb. The backbone of this run is the whole of the Modern Music Suite, while the anthemic Terminal Street is extended from its original sub-four minute form to over twelve here. There is a very impressive audience participation section in the latter, which shows the crowd in great voice, but while those moments always lose something on record, the rest of the track is a triumph. If that spare 20 minutes of vinyl space had been filled by the Modern Music Suite and a slightly edited Terminal Street, an already great live album would have gone to the next level. Happily, we have it now!

The set closes with Blazing Apostles, here extended from the six minutes on the final live album version to – gulp – almost TWENTY TWO minutes here! On this occasion, much of that extra time is somewhat bloated and unnecessary, with Nelson giving us around ten minutes of guitar showboating, which is about nine too many. On the night it must have been quite something, however. One interesting thing to note about this recording is a speech, initiated by bassist Charlie Tumahai and taken up emotively by Nelson, attacking the threat hanging over the bassist of deportation owing to visa problems. Nelson emotes passionately, and the crowd roar their approval. Unfortunately, as the in depth booklet reveals. this story was – unbeknownst to the band – massively exaggerated by their PR from what was a very minor issue, which gives the resulting rant an oddly entertaining context!

Now, I said I was concentrating on the three disc version, but for those whose appetite for Be Bop Deluxe live material knows no bounds, there is also a massive sixteen-disc box available, containing six more complete shows spread across twelve more CDs – as well as a DVD containing a ‘Star Rider’ TV concert film. Most, to my mind, will probably find the standard three discs sufficient, but it must be said that there are quite significant differences in performance across the different shows, particularly in those tracks where extended improvisations were the norm, and it is also interesting to be able to match up the tracks on the final album with the shows they came from, information which has not previously been available. The setlists for each show are the same (with the exception of Blazing Apostles missing from one show), but it isn’t the ‘same show’ each time.

Go for whichever version fits your appetite and your wallet, but do get one of these. The original album is effectively rendered redundant by this package, which is superior in ever way. A great reminder of how good this unique band could be live. 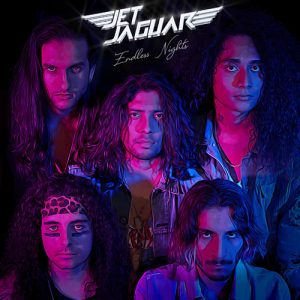