…captures that golden period like lightning in a bottle, and stands as not only a fine epitaph for a band who were far more than their early image, but also a box of music which at its frequent best is equal to any from the ’90s of whatever genre. Stuart would have been proud.

Okay, now how many people are reading this and thinking ‘ah, Big Country – ’80s hits with skirling guitars’? Quite a few I imagine, as the band have been sort of trapped in amber in a forever Top Of The Pops style, playing Look Away or Fields Of Fire – but that is very, very far from the end of the story. Fast forward to 1991, and the band are at a low ebb, having released the disappointing No Place Like Home album, to audience and buyer apathy, seen their record contract expire and weathered the (temporary) departure of drummer Mark Brzezicki. It would have been understandable had they simply decided that enough was enough, they’d had a decent run, and exited, stage left – but the remaining trio of Stuart Adamson, Tony Butler and Bruce Watson had other ideas. They figured they had more to say yet, ditched the thin, guitar-lite sound of No Place Like Home, enlisted the services of revered session drummer Simon Phillips, and entered the studio in determined mood to knuckle down and put out the best music they possibly could. And the result was, quite unexpectedly, the artistic high point of their career.

Come 1993, and the resulting album The Buffalo Skinners crept out on the unfamiliar Chrysalis Records imprint Compulsion – but with the best reviews they had received for years, and fan word of mouth, the album gained momentum and saw the resultant tour returning the band to near capacity audiences in respectable theatre venues. In a small way, and a sadly short lived one, it was a renaissance of sorts. Put simply, the album still stands as one of the best albums of the whole decade, and the best in the band’s catalogue for my money. The sound was fatter, heavier, more powerful, and the playing far more urgent than it had been for a long time, and over its twelve tracks and 60 minutes there is little if any sign of padding. The guitars are still big and anthemic, but this is no mere ‘hey, those guitars sound like bagpipes’ novelty’, far from it. This is great rock music first and foremost, with any chart interest purely secondary.

To start with, they plucked the two best tracks from the wreckage of that previous album, and gave them an overhaul akin to putting a V8 engine in a Morris Minor. Ships was a nice ballad, though almost devoid of guitars, in its previous form. Here, it was a massive, emotionally charged epic pulling no punches. It can make you weep and inspire you at the same time, and is a triumph. The other revisited track, We’re Not In Kansas, proved even better, and went on to become one of the band’s most loved tracks and a permanent fixture in their setlists. A savagely cutting lyric about the consumerist and social ills in the world, it retains all of its relevance today and is delivered as a massive, uplifting, near seven minute rock song. It’s irresistable, and I struggle to find a single track in their catalogue better. Elsewhere there was the huge opener Alone, the single which returned them to the charts; the rousing and air-punching All Go Together, and the unnerving and sinister closer Chester’s Farm. Add to these the other highlights such as Seven Waves, The Selling Of America, What Are You Working For and the incendiary blast of Long Way Home and you have a masterpiece, pure and simple.

While The Buffalo Skinners may form the centrepiece and jewel in the crown of this collection, it’s far from the end of the delights contained in this six-disc set. The first three discs celebrate the Skinners period of activity, with the second disc, containing B-Sides and rarities, being a tremendous collection. There are songs which didn’t make the album, including the song Buffalo Skinners itself, and the excellent One Small Republic, but there also some marvellous covers which the band played to get into the mood in the studio and graced several flip sides. Top of the heap is an astonishing take on Rocking In The Free World, which takes Neil Young himself on toe to toe, but we also get surprising inclusions such as Woodstock, Don’t Fear The Reaper, Oh Well and even Paranoid. Some of these used to get included often in the live set, and always went down the proverbial storm. A third disc of demos might be a luxury, but if any album deserves it, it’s this one.

With the second half of the set we move onto the live album from the Buffalo Skinners tour, 1994’s Live Without The Aid Of A Safety Net. Originally a single disc release, here we get the full 25-track deluxe double CD version spread over discs four and five, and it’s an absolute cracker. Opening with an acoustic segment showcasing classics such as Chance, Thirteen Valleys, Harvest Home and Peace In Our Time, the guitars are strapped on and plugged in as the band storm through All Go Together and We’re Not In Kansas before dipping back for a rapturously received Look Away. With Brzezicki back behind the kit, the band are at the peak of their powers here, and the crowd are seriously into it. It’s classic after classic as the prime cuts from the Skinners album go hand in hand with Steeltown, Wonderland, Fields of Fire and, of course, In A Big Country, with even an appearance for the deeper cut Lost Patrol in the encore. It’s a great live album from start to finish, and on disc six we get it finished off nicely with the 15-track DVD release of the show, plus promo videos for Kansas and Ships.

Alas, it never reached these heights again, and after the strong follow-up Why The Long Face sold poorly, crowds began to dwindle and 1999’s Driving To Damascus album was a poor final release. Stuart Adamson’s tragic suicide in 2001 effectively ended the band (barring a later revival with Mike Peters stepping in), and a decade which had contained such a vital and thrilling period went out with a whimper rather than a deserved bang. This set, however, captures that golden period like lightning in a bottle, and stands as not only a fine epitaph for a band who were far more than their early image, but also a box of music which at its frequent best is equal to any from the ’90s of whatever genre. Stuart would have been proud.

Tag: Big Country, Out Beyond The River, The Buffalo Skinners 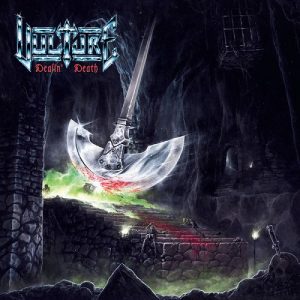 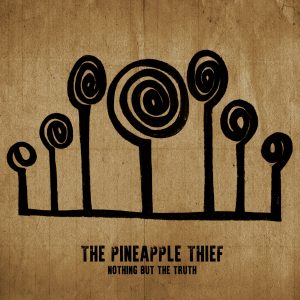