Poison Stuff is the debut album by French Southern Rockers, Black River Sons. They are a new band, although seasoned musicians, all hailing from Lille. They are a four-piece with Emeric on lead vocals and guitar, Baptiste on guitar, Said on bass and Vincent on drums. These guys look, play and act the part of good ol’ boys from Texas, and fans of Lynyrd Skynyrd, Black Stone Cherry and Blackberry Smoke all ought to give them a whirl, you won’t be disappointed.

I have to admit I hadn’t particularly thought of Lille as a hot-bed of southern boogie, but these guys are obviously steeped in it and hard rock more broadly. Each of the ten tracks can be badged or aligned to some Big Names in the muso business, but they are all bound together with a nicely rough and ready mix, and downright dirty sound at times, just what you want from a  southern-rock album, its good stuff and musically very adept and talented. All in all a thoroughly satisfyingly varied hour’s worth of decent rock – Bon Chance mes amis!

Running through the tracks and influences in turn, to give you a flavour, this is my take on things:

“Spill Your Guts” is really sneaky….in that the first minute or so of this could easily worry the listener into thinking they’d been dealt some trad Nashville country stuff instead…until the first riff kicks in and all is agreeably relieved! Nice slide as well, with definite touch of the Lynyrds here. “Born Again” is pure “L‘homage a AC/DC”, in fact I think this might be “Bootleg in Black”, it’s that close! More good slide. “Poison Stuff” reminds me of the Allman Brothers, and John Cougar Mellencamp, “Loaded Gun” is more AC/DC with the Bryan Adams band a close second, and “Charcoal Blues” shouts Lynyrds, with some lovely melodies.

“Cant Be True” is pure Bryan Adams, and again in “I Remember”. This latter tune has a great  although subdued and melodic riff that I can’t shake off, its pinched from somewhere but hey , sounds good…possibly from Budgie, or does anyone remember another 70’s southern-rock band called Sassafras? “Messin Around” continues the Welsh Connection (see what I did there??), this is very reminiscent of Son of Man’s 2016 debut album – a BIG complement!

“Way of Life” is another touch of John Cougar Mellencamp, with even a hint of “Ragged Glory” Crazy Horse, and then the closing track “Wheels of Fortune” starts off as four-bar blues straight from the diner, but morphs into very Lynyrd-style guitar-duelling in the best and greatly extended tradition. And there ain’t many better ways to finish off a recording! 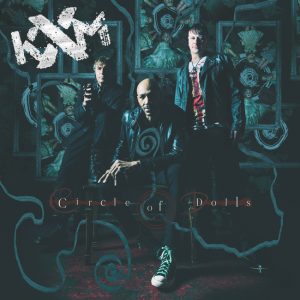