Black Rose Maze is a band project put together by the Canadian singer Rosa Laricchiuta, a woman with a stunning voice that is every bit as powerful and effective as a nuclear bomb, and is her staggering debut rock album release. Hailing from Montreal, Laricchiuta is a singer, songwriter and performer and has gradually been making a name for herself through constant hard work and also reaching the grand final of the third season of Quebec’s version of The Voice TV show. Indeed, her performance and her voice put her straight through to the final and, although she did not win, she impressed her mentor Éric Lapointe enough for him to ask her to join his touring band. She has already released a couple of albums under her own name, with her first being in French and the second in English, but this is her first in true rock band format. In 2016 she joined the behemoth that is the Trans-Siberian Orchestra as a touring singer, which ultimately brought her to the attention of the Frontiers label after being recommended by fellow band members Dino Jelusick (Animal Drive) and Jeff Scott Soto.

For this album, she has teamed up with the genius that is Alessandro Del Vecchio, who provides bass and keyboards, the stunning Andrea Seveso on guitar, Michele Sanna on drums and backing vocalist Erika Ceruti. She also managed to get the great Jeff Scott Soto on board for shared vocals on Laws Of Attraction, a stunning rock number on which their voices combine so well, and I expect we will surely see more of this combination. The songs are a combination of material written by Laricchiuta as well as tracks submitted by Clif Magness, Nasson and Del Vecchio all of which are exceptional songwriters themselves. The guitar work of Andrea Sevenso is simply stunning, with breathtaking solos and huge, crashing riffs. However, it is the voice of Rosa Laricchiuta that immediately grabs your attention and is absolutely amazing; there is simply no other word for her power and delivery. Try to imagine a fusion of the power and sustain of Ronnie James Dio, the raw energy of Lisa Dalbello, the clarity and sweetness of Ann Wilson and the sheer ‘ballsyness’ of Pat Benatar and you will get some idea of her incredible voice.

This is a stunning album of life-affirming hard, driving rock from a great band and a singer that you just have to hear – you will NOT be disappointed. 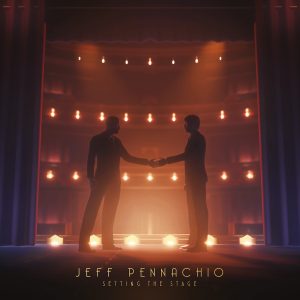 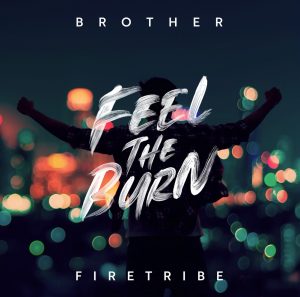