Hmm…..the Black Star Riders 4th album came out in September and mines the same vein of classic rock as its three predecessors. Another ten tracks which are essentially in the same mould as 2017s Heavy Fire and the previous The Killer Instinct and All Hell Breaks Loose. Fans of the Riders will know exactly what they’re getting with this 4th instalment of an ongoing series – it’s good enough stuff, just don’t expect any surprises!

Ricky Warwick the lead singer absolutely nails the late great Phil Lynott for vocals, so they’ll never get away from being tagged as “Thin Lizzy 2”, but then again they clearly aren’t worried when they consistently deliver rock like this. It’s mainstream, there’s nothing new or cutting edge about here but it is delivered by a band that’s tightly knit, and of course they’ve got Scott Gorman on guitar! Scott decided sometime ago that he’d stick with doing what he knows best and not pretend to be something different, so fair play to him for that.

What I would offer though is that the lyrics have perhaps suffered through the loss at the end of last years tour of twin lead guitarist Damon Johnson. I’m not sure how the lyrics authorship is spread around the band, but this latest offering seems to struggle a little for originality and phrasing at times?

The other thing is that, to me, the selection of songs might also have benefitted from a different batting order, because the first three tracks in some ways are the least grabbing. The opening “Tonight the Moonlight Let Me Down” sounds to me just like “Tonight There’s Gonna be a Jailbreak”, the chorus melody is basically identical. Next is the title track, but it’s rather cheesy, I’ve heard the tab Celtic- rock applied to a few folk and its generally positive, but guitars that sound like bagpipes coupled with shouts of “Oi!” don’t do it for me! It does redeem itself with a great anthemic chorus, as does “Ain’t the End of The World”, then “Underneath the Afterglow” is another track that is very derivative.

After this, things do improve considerably. “Soldier in the Ghetto” is Different! Jaunty keyboards underpin a tuneful song that is really arresting, followed by a slow cooking power ballad akin to Stain’d – “Why Do You love Your Guns” is really good! “Standing In The Line of Fire” is back to classic Lizzy territory, then “What Will It Take” is another more melodic ballad. “In The Shadow Of The War Machine” promises to be a stadium favourite, with big meaty slabs of rhythm guitar – you could imagine 4 or 5 guitarists belting this one out together! “Poisoned Heart” ends the album, and is simply another TL2 track.

I might sound critical here, and I don’t want to mislead folk – it’s a decent enough album in its own right although rooted in the early 80s. It just feels to me as though the band are perhaps going through the motions in that they can write tracks like these in their sleep without (almost) ever veering away from the safe and narrow.

They’re all good musicians and performers , it’s a decent enough album in itself and fans will undoubtedly love it and be peeved with me for not being more positive….but don’t you want just a little bit more variety emerging as bands develop and mature? – the honest truth is, playing this from my iPod playlist over headphones, I didn’t notice where this album stopped and Heavy Fire started….Sorry guys! 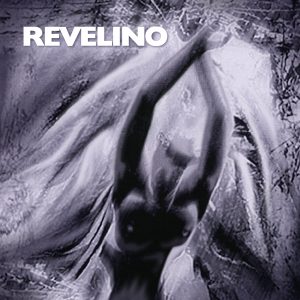