After the biggest and most successful BLOODSTOCK to date this year, a certified triumph in the face of adversity, BLOODSTOCK’s 2022 event is off to a flying start with all VIP, discounted early bird tickets and campervan passes sold out in record time! Standard tickets are in the ticket store now ready to find their homes, so don’t snooze on ‘22’s epic line up, as at this rate, it’s sure to sell out in advance. Without further ado, here’s another splash of bands who’ll be gracing Catton Park’s hallowed turf in August 2022.

Grabbing a Ronnie James Dio main stage slot on Saturday are JINJER! After being foiled at the last moment this year with visa and travel ssues, BLOODSTOCKers will be thrilled to see them finally join us for ‘22. As one of our most requested bands, we’re looking forward to seeing tracks from their epic Wallflowers album released only last month. If you’re not yet familiar, check out the video for Vortex, taken from that same release.

We also welcome LORNA SHORE to Saturday’s main stage bill. The New Jersey deathcore squad have been generating a huge buzz, so BLOODSTOCK is excited to welcome them to Catton Park! Check out the video for To The Hellfire from their …And I Return To Nothingness EP that came out last month via Century Media.

Also snatching a main stage spot on Saturday, are Finnish metal squad LOST SOCIETY who recently re-signed to Nuclear Blast with the promise of new music on the way! While you wait, check out their 2019 video for No Absolution.

Consider yourself a Misfits fan? Then you won’t want to miss Friday’s main stage addition of Misfits OG, DOYLE. Every fest needs some spooktacular entertainment and DOYLE’s our man in ‘22. Not familiar with his solo project? Have a peep at the video for Run For Your Life and warm up your necks!

Landing the Sophie Lancaster stage headline slot on Saturday are circle pit kings and BLOODSTOCK favourites, HATEBREED! Will the big top tent still be standing once they’ve played their ferocious set? Come along and find out! The band recently released their Weight Of The False Self album and just wrapped up a US tour with our ‘22 headliners LAMB OF GOD!

Friday’s Sophie Lancaster stage headliner are the phenomenal, anonymous collective SLEEP TOKEN. What’s all the fuss about? Head over to YouTube for the playlist of their brand new album, This Place Will Become Your Tomb, released last Friday by Spinefarm.

Snagging a Friday slot on the Sophie stage are New Orleans sludge kings, EYEHATEGOD. Their long awaited new album, A History of Nomadic Behavior came out in March this year and we’re looking forward to welcoming Mike IX Williams and his cohorts at Catton Park next year. Check out High Risk Trigger taken from that album and remind yourself of their NOLA groove.

BLOODSTOCK’s thrilled to announce that legendary punk squad DISCHARGE join Friday’s Sophie stage affray. The band dropped their End of Days album via Nuclear Blast a few years back, so maybe a new album is on the cards?! In the interim, watch the video for The Broken Law and start a pit in your living room!

Hailing from Richmond, VA (just like LAMB OF GOD and GWAR), Century Media’s ENFORCED bring their brand of crossover death/thrash to Friday’s Sophie tent. Check out their hefty, latest album Kill Grid, via their single Malignance. One for the crowd-surfers, perhaps?

For those sad that PARTY CANNON couldn’t join us this summer, you’ll no doubt be delighted that the ‘party slam defenders’ are reconfirmed for 2022, as part of Sunday’s Sophie stage fun. Grab your Cannon merch here, we all love that logo!

Swedish prog metal supergroup SOEN are added to the Sophie line-up on Sunday. Their fifth album, Imperial, was released in January. If they haven’t made it on your radar yet, watch the official video for lead single Illusion, perhaps they’ll be your perfect Sunday band.

Helping get the party going at the Sophie stage on Thursday night, are everyone’s favourite goblin-fronted band, NEKROGOBLIKON. Rumours the goblin eats naughty mini-moshers are unconfirmed, but we’ve faith in their hint of a new song coming on Halloween… Just don’t tell the Hobgoblin Beer goblin, he’s not the only goblin at BLOODSTOCK!

With tickets selling faster than ever, all VIP packages, early birds, and campervan tickets are already sold out. Weekend camping tickets & child tickets are on sale now at the ticket store. 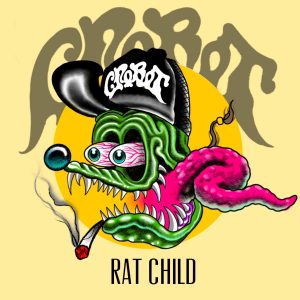 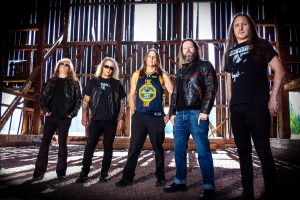