Comebacks. They are sometimes expected and sometimes surprising. For every unsurprising Status Quo retirement U-turn, there is a, well, entirely surprising Status Quo ‘Frantic Four’ reunion, to stay on the same theme! However, there can surely not have been too many which are more unexpectedly Lazarus-like than a new album from Bram Stoker. Now, before the readers of this piece all exclaim ‘who?’ at once, let me explain. The original Bram Stoker plied their trade between 1969 and 1972 before eventually releasing their sole 1972 album entitled Heavy Rock Spectacular – a hideous title dumped on them unbidden by the record company, and an odd one for a progressive rock band who were certainly no more than borderline ‘heavy rock’, and simply inviting obvious jibes directed at the ‘spectacular’ bit. Any hope the album had of taking the world by storm was effectively buried by that decision, which is a shame as the album had a lot to recommend it in a gloriously proto-prog Spooky-Tooth-meets-Atomic-Rooster kind of way.

Even those collectors of ’70s rock ephemera who browse record fairs for these sorts of vinyl delights, however, would surely be astonished at the sight of a Bram Stoker album of original, newly-recorded material coming down the pipe some five decades later. In actual fact, the band first reformed in 2004, and released an album of new material in 2014 entitled Cold Reading, but their activity has undoubtedly been so far below the radar that only the smallest percentage of potential fans would have realised. Thus this new record does have the appropriate feeling of Christopher Lee appearing after a couple of decades encased in ice or some such fate, only to intone ‘Good evening, Doctor Van Helsing! So glad you could join me’.

So, taking this as almost a direct successor to that 1972 debut, the question is how does it compare? Well, perhaps to the surprise of some who may be ready with jokes about pension funds and walking frames, to these ears it’s actually better. The band itself consists of founder member, keyboard player and vocalist Tony Bronsdon along with three new recruits who have formed the current line-up since 2015 – lead guitarist Neil ‘Nog’ Richardson and married couple Warren and Jo Marks on drums and bass/vocals respectively. The album certainly doesn’t sound like the work of a tired band seeking to recapture its mis-spent youth, and in fact carries quite a spring in its step, albeit a decidedly ’70s prog inspired one. There’s even a ten minute track closing the album, for those lovers of the classic ‘prog epic’.

The easiest touchstone to conjure up with regard to the overall sound would probably be Genesis, which to a large extent comes from the splendid guitar work of Richardson which has frequent echoes of Steve Hackett’s magnificent work – the busy yet disciplined drumming of Warren Marks also recalls Phil Collins’ playing on the 1976 Trick Of The Tail album. Opening track Ballad Of The Bogeyman is one which reinforces this comparison strongly, with a closing instrumental section which would not have been out of place on that very Genesis record. Other tracks walking that same impressive path are the lively Gotta Get Out Of Here and the undeniably powerful Terminate (the latter running to well over seven minutes), while the closing track of the eight, the aforementioned ten-minute piece Spirit Of The Light, takes a more sedate and measured pace, with a magisterial female vocal-led section midway. There are other more surprising turns on the album though, lest you think it to be all identikit ’70s prog. Indeed the second track, Joan Of Arc (a historical tale told from the first-person viewpoint of the Maid of Orleans herself) is closer to the left-field electric folk material produced by the likes of the Incredible String band, and the following Pictures Of Light And Shade is entirely more upbeat and commercial sounding. Imagine if you will the sort of more radio-friendly material being produced by Renaissance or Barclay James Harvest as the ’80s dawned, filter in a little Alan Parsons to the mix, and you’ve got a rather catchy piece of pop-prog.

It’s not a perfect album, and my main criticism would probably be that, given one or two of the more grandiose moments on here, I would have looked to see the band cut loose a little bit more and give that ‘big’ side free rein to astonish. It’s all superbly arranged and played, for sure, but the impression remains that perhaps in a live environment they could be exceptional once they cast away their chains – their ‘Comfortably Numb’ or ‘Los Endos’ moment, if you will. Still, such is a minor gripe when considering an album which really should have no right to sound this good after half a lifetime away!

One final note of praise must go to the packaging. The album comes in a standard cardboard digi-pak design, but in a move guaranteed to bring a warm feeling to those still wallowing in the nostalgic days of vinyl, the CD comes not only designed as a mini vinyl replica, with a label in the middle and illustrated vinyl grooving, but also resides in a little black inner sleeve with the hole cut out to see the label. Sometimes, it’s the little things, the examples of attention to detail, which can make all the difference – especially to those who still value that physical aspect of ‘owning’ a product.

I’d urge anyone with a liking for good old fashioned prog ‘like mother used to make’ to give this a try. It’s not only an excellent record in its own right, but it’s also great to see a band once thought to sadly be a ’70s footnote not only back and playing, but in such fine fettle. You can get the album from the band’s own website online store HERE. 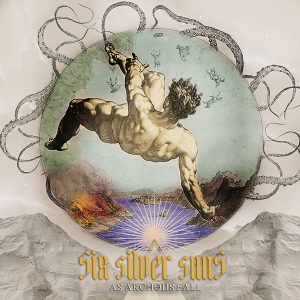 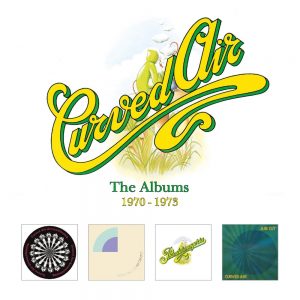