The American musician Brian Setzer first shot to fame in the early ’80s after relocating to the UK having taken the decision that the British scene would be more receptive to his new retro rockabilly band, The Stray Cats, and this was shown to be a wise decision when he teamed up with musician and record producer Dave Edmunds. The Stray Cats had three hit singles in 1981/82 with Runaway Boys, Rock This Town and Stray Cat Strut and released several albums before splitting in 1984 although the ‘Cats became a project that Setzer periodically returns to alongside Lee Rocker and Slim Jim Phantom. If you think that rockabilly is not really for you then I urge you to check out The Very Best Of The Stray Cats which is pure gold and guaranteed to get any party going. You can also check them out on the album Rockabilly Rules – At Their Best Live which is as good a live rock album that you will ever hear and you’ll be amazed at the level of musicianship shown especially the guitar work of Setzer which is truly out of this world.

Brian Setzer then set in motion his successful solo career as well as becoming a much in demand sideman and his work can be found alongside Robert Plant with the Honey Drippers plus many others. Perhaps more importantly he formed The Brian Setzer Orchestra, a most ambitious 17 piece big band with which he continued his love of ’50s music and has released many very well selling albums which have yielded three Grammy’s and has sold a total of 13 million records in his career. In fact, he could very much be described as the best musician you have never heard of as he lets his music do the talking whilst maintaining something of a low profile but those who know his work really do revere the man.

Setzer has now released Gotta Have The Rumble which is his first solo album in seven years and it is great to see Setzer back at his strutting best and providing us with eleven tracks of killer rockabilly. All the tracks are new having being written solely by Setzer or in collaboration but all are very much based on a long since gone era and are mainly about speed and girls and contains a great deal of good humour, simply check out the Cat With 9 Lives, Off Your Rocker or Rockabilly Banjo to revel in the genius of his music which appears to be simple but delve deeper and you will see the complexity within. There simply cannot be anyone on the planet that could remain immune to the up-beat and life affirming music that Brian Setzer plays as to hear him is to change your mood completely.

Brian may have some health issues these days including tinnitus, no doubt brought on by standing in front of huge amp stacks, but this is music best played as loud as possible where you can hear and more importantly feel the rumble of his quite spectacular guitar playing. If you are a music fan then you owe it to yourself to get to know the man and his music and Gotta Have The Rumble is a great way to make the introduction as this album tells you everything that you need to know about this giant of a man.

Gotta Have The Rumble

Gotta Have a Rumble is available now on Surfdog Records 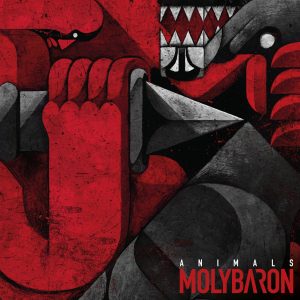 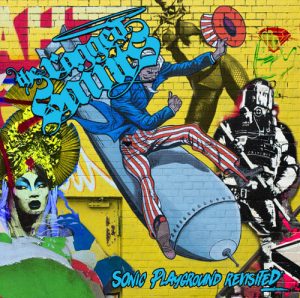