So – this is something really quite different from yer average rock album, so stay with me as I explain!

BRUIT ≤ are an elegant French ambient/neo-classical/post-rock band who originally emerged from the ashes of several pop bands, with a burning desire to do something different, turn their backs on the commercial recording industry and return to a process of musical creation without constraints. In fact, the initial plan was not to perform live at all, but to research and experiment with sound in a studio environment. No, I’m not aware what the “less than or equal to” symbol signifies – a sense of humility towards Nature, perhaps?

In 2016, this experimentation resulted in two live videos filmed in their studio that would enable the band to make its debut on the Toulouse scene. After this, Clément Libes (bass, violin), Damien Gouzou (drums) and Théophile Antolinos (guitar) composed together in search of their own sound identity and with the aim to create progressive music that subverts genre and would result in the expansion of stylistic boundaries. Consequently, during this time the band went through several line-up changes until Luc Blanchot (cello) joined in January 2018.

Later that year, BRUIT ≤ signed to Elusive Sound who released their first EP titled Monolith that Autumn. Afterwards they went on a 20-show tour of France and Belgium sharing the stage with bands like Shy Low, Slift, The Black Heart Rebellion, Silent Whale Becomes A Dream, Jean Jean, Endless Dive, Poly Math and A Burial At Sea (Some fantastic names in there, can’t say I know any of them!). The band was then going to play the Dunk Festival in 2020 but the event was cancelled due to the Covid19 pandemic.

Like others over the last year or so, BRUIT ≤ subsequently focused on the composition and production of new music – in this case their first full-length album, changing their line-up again with Julien Aouf taking over on drums. The Machine is Burning and Now Everyone Knows It Could Happen was released digitally on 2 April, with vinyl following soon via Elusive Sound.

To the music. The album comprises four tracks, or movements in the classical sense? – each around ten minutes give or take. To summarise, it’s a rather beautiful piece of post-rock that also mixes in big classical string sections with ambient electronica – a sort of Pink Floyd, Stephen Wilson, Pineapple Thief all crossed with a string quartet?

The band describe the album as having been written like an imageless movie, containing chapters that illustrate an inevitable repetition of events and a vicious cycle that human civilisation is stuck in. It is an existential tale describing a humanity that experiences apocalypse and rebirth.

They continue: “We don’t consider this album to be a compilation of separate tracks, but more like a poetic interlude where every moment introduces the next. The listener will only sporadically be guided towards a theme or a voice , and will instead find meaning by surrendering to the intangible atmospheres that allow the listener to create their own narratives.” (pretty much what Johnny Rotten used to say?!)

They go on: “We prefer long formats because we consider that our modern society disconnects us from our biological and natural rhythm. We think that music should be a medium of re-appropriation of our given time. We have decided not to diffuse our music on corporate streaming platforms, because we believe they contradict the political and philosophical ideals we defend.” – Fair enough!

Back to the music, the opening movement is ‘Industry’, which very appropriately captures the mechanistic, clockwork, processes at play on the factory floor, heavily led by percussion and syncopation counter-balanced with a swirling string section to perhaps denote the smooth rolling out of the product? Very Porcupine Tree / Stephen Wilson, I almost expected to hear his vocals wisping into the middle section! When vocals do come in near the end, without the benefit of sleeve notes etc it conjures an elderly factory worker reflecting nostalgically on his years of working in some heavy industry before the wistful strings bring it to a conclusion…..

The second piece is ‘Renaissance’, a sumptuously gentle, pastoral piece, designed to illustrate a humanity reborn from its ashes and rebuilding itself from nature that for me evokes strong memories of Nick Drake’s second album Bryter Layter (Bless him….), it flows with hypnotic acoustic guitar and intriguing percussion, the whole forming an ambient rock treat. It’s simply lovely!

The third track is ‘Amazing Old Tree’, a slow-building piece of smooth symphonic electronica which surprises you by having a very rustic American voice giving a heart-felt eulogy to a piece of ancient woodland – it conjures up slab of the Appalachians perhaps? The mood of the piece darkens towards the end, I imagine the tree being chopped down maybe processed through a timber mill – confirmed by the same American voice protesting about the loss of 95% of American forest and seeking to protect the remaining 5%….

The album’s closer, and perhaps major piece, is ‘The Machine Is Burning’, over 12 minutes of classical composition The You-tube link can take you to a spine-tingling video of this being performed live in the Gesu church in Toulouse and sees the band accompanied by the brass section from France’s Capitol National Orchestra. A mini-epic, it again builds organically, painting a dark image (to me) of the gradual destruction of the natural world before – hopefully – a pause for breath and the green shoots of natural recovery slowly emerge.

Phew! – I have to say I’m quite drained by the end, the four tracks do slip from one to another in the classical tradition, there’s a great sense of aural story-telling in here. 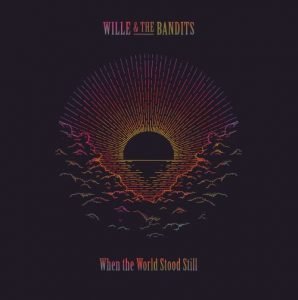 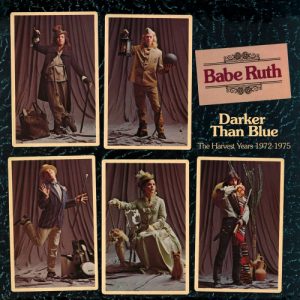