Sheffield promoters Buds & Spawn returned recently in 2021 with the 3rd in a series of four online shows. Following the success of the first 3 featuring the likes of VÄLVĒ, a.P.A.t.T and Captain Avery & the Cosmic Triceratops of Intergalactic Peace, the Arts Council England funded series will conclude with the finale on Thursday 27th May at 7.30pm.

Buds & Spawn first launched in 2019 – bringing a series of semi-irregular nights of semi-irregular music to some of the city’s great independent venue for lovers of the weird and wonky, punky and proggy, choppy changey, twisty turny, off kilter, psychedelic, experimental, math / alt / art / and the just plain awkward.

At the start of 2020 plans were put in place for a programme of gigs funded by the Arts Council ‘Supporting Grassroots Live Music’ initiative. These were planned to take place across the year but then the pandemic took hold and the UK went into lockdown.

For this fourth show, headliners The Display Team will be joined by Perhaps Contraption and Sheffield based Rosh.

Buds & Spawn comment, ‘We’ve got to be honest, this final show has been the hardest to bring together. We’d hoped it would be an in-person show and then when we decided to move it online we got hit with Lockdown III (With A Vengeance) making the process of creating new films trickier than ever but NEVER FEAR! We’ve still managed to put together another brilliant hour and a half of exclusive performances and brain boggling video premieres all with the usual live chat and opportunities to ask your burning questions.

Featuring…- TWO box-fresh new music video premieres from The Display Team, one of which has been produced by that there General Midi of a.P.A.t.T. Get in!!- A sparkling new live session recorded just for YOU by the super talented Perhaps Contraption- A spine tingling performance from Sheffield artist Rosh, recorded outdoors in Sheffield’s glorious greenery.’

The Display Team are a high-energy, high-concept, high-pitched band from London. Across many years, several releases and countless concerts, they have ploughed their own furrow, demonstrating a stubborn resistance to the obvious tropes of rock music while never denying the beauty of a well-crafted pop melody. Using what are now perhaps old-fashioned tools, they continue to search for new things, ideas that are thus far unsaid and tunes that are as yet unplayed, and deliver them to a public who are unready for them.

In October 2019 the band released the EP ‘Spinner’, showcasing a further broadening of their musical scope, nodding to anthemic pop one moment and sneaking some jazz harmony in the next, before unleashing a riff that makes one headbang in three directions at once.

As The Gods of COVID have deemed it unacceptable to bring them up to Sheffield for a gig and making a live session video or even rehearsing has been impossible (due to shielding family members), they have bravely taken on the not-inconsiderable challenge of making two music videos of tracks from the Spinner EP, roping in General MIDI from a.P.A.t.T. on production duties on one of these.
https://thedisplayteam.bandcamp.com/

Following their appearance in episode 3, possibly the world’s only 9 piece art-punk marching band (!!) Perhaps Contraption return once again, this time with an exclusive live session recorded for Buds & Spawn. Perhaps Contraption is a multi-award winning, classically trained, 9-piece progressive brass band and theatrical music troupe from London. The band branched out into theatre to push the boundaries of live music performance, and find a totally new way to engage audiences in complex concepts whilst introducing them to new genres of performance art and music.

The line-up is completed by the fantastically talented, Sheffield based folk musician Rosh, whose debut release, See Them Rise EP, came out in summer 2020. A suite of songs written over the course of a trip to visit his family in India, See Them Rise is an intimate and warm folk record which is also a compassionate portrait of fragile and fallible humanity.

After being in bands since his early teens, including a fruitful stint as the bass player in cult jazz-rockers King Capisce (‘…it could easily have been them…on 2014’s Mercury prize shortlist‘ – The Guardian) and, more recently, bass duties for previous Buds & Spawn guests Captain Avery & the Cosmic Triceratops of Intergalactic Peace, Rosh has now stepped out on his own and we are so pleased that he has! His initial recordings were funded by a grant from the highly competitive PRS Open Fund for Music Creators, and he now has a new full album waiting in the wings for release in 2021.
https://roshlalmusic.bandcamp.com/

Tickets are available from – budsspawn.nutickets.com 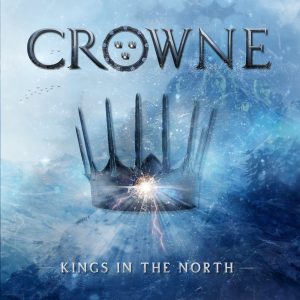 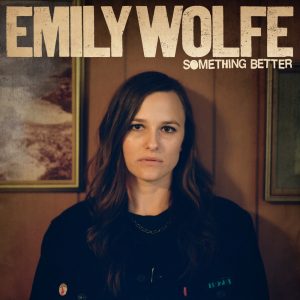