Exchanging mind bending polyrhythms for a brutal hybrid of hardcore and death metal, TesseracT’s James Monteith and long time friend, collaborator and bassist Jon Reid’s new band Cage Fight certainly comes out swinging. Fuelled by lockdown boredom, the pair took that negativity and focused on the songs that would eventually become Cage Fight and fed into music of their younger years, such as Slayer, Hatebreed and Biohazard. With the line up being completed by Rachel Aspe on vocals and drummer Nick Plews, Cage Fight is a tight unit that has created an absolute rager of a record.

Hardcore can be something of a one trick pony but where Cage Fight wins out is its blending and bending, the addition of death metal elements and the splash of groove keeps the songs bristling and avoids being samey. There are plenty of shout out choruses such as on Hope Castrated will get the fist pumping and put it into the live environment and destruction is assured. Rachel Aspe’s vocals are a visceral paint peeling delight and throughout is just pure attack mode. Backed with a solid production, the instrumentation is solid, and nothing is lost, the mix is both intense and well balanced. Plews’ drums are immense and along with Reid’s bass, the rhythm section is too tight to let sunlight through. As for Monteith’s guitar, it may sound crazy, but it actually sounds like the man even though he has done a complete 180 degrees in style. The guitar is thick and guttural, scythe like and the primal approach but deftly delivered.

Second track The Mirror Shattered is abrasive and urgent while Hope Castrated bring some thrash groove and track by track as the album takes off it constantly ups the ante. Make A Decision is tonally different, more chug in the beginning but when the song kicks in proper, Monteith, the guitar takes so many twists and turns and back into the chorus before a barnstorming solo that whizzes past; Guillotine brings out the death metal overtones and some bowels of hell shade to Aspe’s vocals. Lead sing Shine Don’t Fade is an all-encompassing assault, the relentless drumming is an absolute blast. Thrasher Eating Me Alive is somewhat poignant as it features vocals from Black Dhalia Murder’s Trevor Strnad who sadly passed away three days before the release of the album. Cage Fight closes with a cover of Body Count’s Bitch In The Pit which is an interesting take and solid enough adding some thrash to the proceedings and Aspe actually singing lines over a groovy bass line during the mid-section with an added “I’m that fucking bitch” for good measure.

For an album that has a serious temper, Cage Fight is quite long but in all fairness, there is not a single duff track that would make anyone hit the skip button and there are just too many highlights without anything holding it back. The playing and the production are faultless and Aspe’s demonic vocals are just incredible.

Cage Fight  does what it says on the tin and even down to the artwork and the tattooed palm, this is an album that delivers on every single level and punch for punch. Cage Fight is not interested in spilling anyone’s pint – it wants to take out the whole bar. 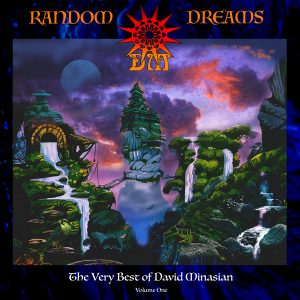 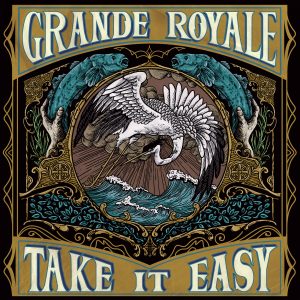