This album is a good wake-up call to remind us what progressive music really is.

‘Caleb who?’ you might be asking yourself at this moment in time. Unless you are an avid fan of avant-garde music then the chances of you having heard of him are slim. First up, Caleb is a drummer based in New York. He is part of a post-jazz band called The Kandinsky Effect.  OK, so now you are probably asking yourself what is ‘post-jazz?’ I confess I was equally stumped by the reference but my friend Google informed me that post-jazz is strongly improvised and usually instrumental music, often performed with jazz instruments, but not necessarily playing music in a traditional jazz style. The Kandinsky Effect is a trio – playing drums, trumpet and electric bass – supplemented by various electronics, creating that post-jazz sound. The music is quite accessible and should you be interested in exploring this original musical style, the band have some interesting material posted on YouTube that is worth checking out.

So, take the drummer out of the post-jazz trio and what do you get? Well, quite a lot actually. Having thrown of the shackle of his mates in the band, Dolister then drags in a mere two dozen other musicians to help him with his ‘solo’ effort.  Those musicians play jazz, rock and classical instruments. I hasten to add that they don’t all play them at the same time – apart from probably being sonically unpleasant, that would have been impossible since Caleb wandered around America for five years (yes, five whole years between 2009 and 2014 folks!) recording bits and pieces with various musicians that he encountered on the way. Presumably exhausted by all that, he then waited another four years before putting it all together, and just two years further on we have an album which has been more than a decade in the making. Love it or hate it, you certainly have to give the guy credit for this labour of love!

Musically, we are not too distant from the post-jazz world of The Kandinsky Effect. There’s obviously a much broader musical palate permitted with the extended virtual band here. If like me, you are not a great fan of traditional jazz, then there’s nothing to worry about nere apart from an occasional jazzy feel to the rhythm.The other good news is that Dolister keeps his own drumming in check – no drum solos, thankfully.

There are a number of tracks which will most likely have a more immediate impact on rock or progressive rock fans. Take, for example, the track 080904 [the strategist] (more on these odd titles later!).  It’s a song driven along by energetic drumming and fine support on the bass, and features the sort of dense interplay of drums, bass, guitars and keyboards that reminded me of some of the complex instrumental passages that grace Yes’ Tales From Topographic Oceans! Another song that echoes some of the glories of past progressive rock acts is 081205 [the one that lost their way]. It has an eerie start, almost like the soundtrack of a horror movie, but then it launches into a frenetic instrumental punctured now and then by a fine rising moog theme which would have sounded perfectly at home on any ELP album. Another track with a strong progressive feel is  090510 [the drifter]  which after an atmospheric beginning, has a beautiful trumpet solo that builds to a climax with brass instruments blazing away over heavy electric guitar chords.

OK, so have you worked out the numbers in the song titles yet? Well apparently they represent the date when each composition was actually started (that’s in the format of YY-MM-DD) and the title itself in square brackets is a reference a specific memory on Caleb’s long journey around the States . Those ‘memories’ might appear a bit theoretical on a purely instrumental album, especially with one or two poetic titles in evidence, but there is one case where there is a clear musical link. The track in question is the quirky 070501 [the acrobat] where the music perfectly captures an image of a performing acrobat and you can almost hear the acrobat trying to maintain their balance and perhaps wobbling and falling right at the end.

This is an album of evocative and attractive music; it’s not the avant-garde experimentation in dissonant noise that I feared. It does require an open mind and a bit of attuning to the curious mix of instruments. But, after 40 minutes or so of this music, I was left with a feeling that so much of what we listen to today – even in the so-called progressive rock field – is formulaic and predictable. This album is a good wake-up call to remind us what progressive music really is. 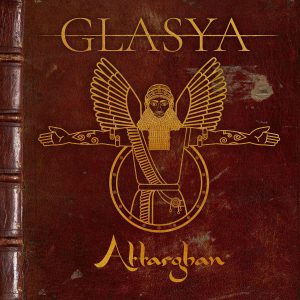 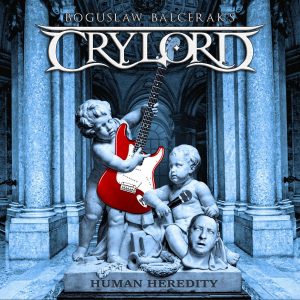