Canedy is an American melodic hard rock band put together by Carl Canedy drummer with The Rods and he was also a member of Manowar in the early days as well as being a highly successful producer too. The publicity states that Warrior is the band’s debut but, confusingly, there is another Canady album called Headbanger from 2014 which features the same logo and also name checks Carl Canedy. So this may or may not be the debut but what I can only assume is that ‘Headbanger’ was a solo album recoded by Canedy with some of his A list buddies including the likes of Joe Comeau (Overkill), Chris Caffery (Savatage), Ronnie James Dio whereas Warrior is an actual living band that Carl Canedy intends to become a recording and touring outfit. Answers on a postcard please!

For Warrior Canedy has brought on board Tony Garuba on bass/cello, Charles Russello on guitar/synths with Mike Santarsiero (ex-TLC) on vocals and what a team he has put together for this old school hard and heavy American metal album which has most certainly some classic British rock influences. Carl Canedy does not fall into the trap of ‘my band, my drums’ and gives a masterful display without over playing his hand and the drums are there with the bass to built the solid foundation to allow the guitars, keyboards and vocals to shine. Mike Santarsiero has a typically powerful metal voice with great power and sustain and he drives the band forward and most certainly takes you along for the journey with him. Charles Russello is a master craftsman when it comes to jaw dropping riffs and his lead guitar work is sensational without being overblown or unnecessary. However, when he does let fly then prepare to be blown away.

The musicians are content to work with each other to bring the best out of the music and there is not a hint of ego but a common purpose to make the very best classic metal album they can and on this they succeed quite magnificently. The music is heavy for sure but the band concentrates on maintaining melody throughout and there are the usual hooks and epic choruses that make Warrior such an immediate and highly accessible rock album. You do not have the career that Carl Canedy has had unless you know how to write a rock album and how to deliver it so that it stands out from the others in an already saturated rock market. A touch of Rainbow, Van Halen, Savatage and a hefty dose of Manowar make this a perfect example of US metal that is equally at home in the 2020’s as it would have been in the 1970’s.

Warrior is a simply wonderful album and Chris Canedy may have set up a band that will give The Rods a run for their money. 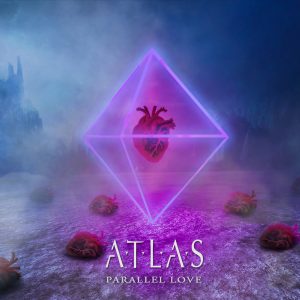 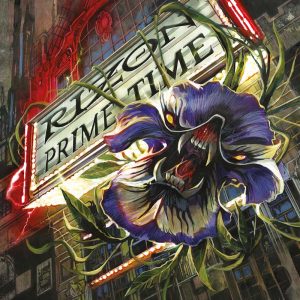