Following hot on the heels of their recently released 37-disc box set, Caravan release their first studio album since 2013’s Paradise Filter, a collection of nine songs plus a short instrumental; an album the band claim is mainly influenced by ‘the restrictions imposed on society over the past eighteen months.’ None Of Your Business was, says mainman Pye Hastings, recorded in ‘the old-fashioned way, just sitting around in a circle, making eye-contact and bouncing ideas off each other.’ The outcome is an album which incorporates many of the better qualities which have long been associated with Caravan, such as subtle humour,  poignant social observations and, on a couple of tracks, an emotional sensitivity.

The first noticeable thing upon listening to this album is Pye Hastings’ voice, which was never exactly a full-on screamer, is now mostly a loud whisper. He still sounds like the voice of Caravan, though, and his voice still retains the warmth of previous albums, still able to convey the charm and whimsical touches which have characterised Caravan’s music down these many years. ‘DFLs’ are a bugbear in the South East Kent area and opening track, the whimsical Down From London is a story about such DFL’s who are unable to settle into life outside the capital – with suitably pointed lyrics from Pye, who lets rip towards the end with a lengthy guitar burst – and this one could well become a stage favourite. The contribution of new bassist Lee Pomeroy is noticeable on the introspective title track, It’s None Of Your Business. The inspiration for If I Was To Fly was remembering a 1970 festival in Rotterdam at which Caravan performed, where, despite a stellar line-up, Mungo Jerry’s In The Summertime was the big hit, and the attempt here was to create a song with a similar vibe – and they largely succeed with this.  Every time I hear Jimmy Hastings’ flute, I’m immediately reminded of the Caravan of fifty years back, and his playing on the lovely I’ll Reach Out For You, with its message of ‘we all need someone to look out for us,’ makes the song. The beautifully atmospheric There Is You sees Pye in sentimental mood and he captures the feel of the early Caravan. The album ends with a short instrumental, Luna’s Tuna, with viola to the fore and some lovely understated keys underneath the melody.

But, for me, the heartfelt and poignant Spare A Thought is the best track Pye Hastings has written in quite some while. It begins with flute / violin and is a tune remembering those lost to the pandemic, ‘Spare a thought to the friends we had, who didn’t quite make it through’, with Pye also taking aim at anti-vaxers. The line ‘who’d have thought something so small, would come for us all’ sums up many people’s feelings about the past eighteen months. Similarly, the lovely Every Precious Little Thing is a song looking forward to some form of normality, being able to go out and play again and how ‘the smallest things mean the most’.

This is probably as good an album as Caravan have released for a long while and, while the songs veer more towards AOR than prog, it’s one which’ll resonate with its fanbase – and it suggests, after all these years, that Caravan still have something to say.

Tag: caravan, It's None Of Your Business 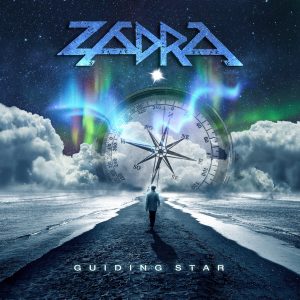