The name of Carl Dixon may, initially, not mean too much to you but the Canadian singer, guitarist and keyboard should be better known as the vocalist with Coney Hatch and for his time with April Wine and The Guess Who. Dixon survived a catastrophic car accident in Australia in 2008 which left him hospitalised for 5 months during which time he could not play or even talk. The road back to recovery was long and difficult but Carl made is made of the right stuff and battled back to his role as a musician but he has also branched out as an author and motivational speaker and he certainly has a major story to tell.

The first three Coney Hatch albums were released in the first 5-years of the’ 80s and it was not until 1993, mainly due to his disillusionment with the rock industry, that he released his first solo album under the not wildly imaginative title of One. Whilst Coney Hatch were know as a loud and raucous heavy rock band, One saw a more sedate side of Dixon as he moved more into mainstream melodic rock with a super slick delivery and there are some comparisons to be drawn here with the smooth and cultured rock of Def Leppard. Backing was from a talented team of musicians in Tim Harrington on bass, Mike Hall on guitar, Mark Santer on drums, Howje Bertolo on keyboards with additional guitar from Dixon as well as lead vocals. The playing is tight, the songs superior and addictive and it all made for a very good melodic rock album from a man with a golden voice. The album has now been re-mastered and has an additional two bonus tracks which takes the album running time to a mouth watering 73-minutes of inspired and delightful melodic rock.

Carl Dixon is another of those fine singers who are not so much household names and that you only actually realise how good they are when you sit down and listen to them. Whether belting out an upbeat rocker or reveling in a glorious ballad, Carl Dixon shows that he is the real deal and this re-issue of what was already a fine album is to be most welcomed. 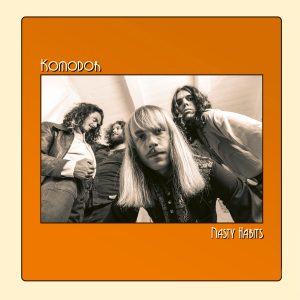