…as perfect a clutch of NWOBHM jewels as I could imagine outside of an original 1980 12-inch EP… who can honestly say it isn’t a special sort of thrill to briefly feel as if you are once again full of teenage energy and ambition, with the world hopefully at your feet? That’s what this release does for you.

It’s funny sometimes how your mind makes odd connections, and in this case it happens to be 21st Century Canadian old-school metal and The Restaurant At The End Of The Universe. Bear with me, and allow me to explain my (perhaps deranged) thought process for a moment…

For those unfamiliar with it, The Restaurant At The End Of The Universe (the second book in the Hitchhikers Guide To The Galaxy series) concerns the eaterie of the title, which hovers forever on the very end of the universe itself, rocking back and forth in a self-contained time loop. This allows diners who have travelled there (in time, naturally) to experience the ultimate in dinner entertainment – the spectacular moment when the very universe collapses in on itself. The moment when all possibilities fold into one another and everything ends. Now, the reason my mind turned to this is that I have often thought that there was a similar yet opposite moment in 1980, during the early peak of the New Wave Of British Heavy Metal, when the whole Heavy Metal genre was experiencing a dynamic rebirth – in which previous elements such as the doomy metal of Black Sabbath and early Judas Priest, the hard rock of Deep Purple, the progressive tendencies of Uriah Heep, the bluesy grandeur of Led Zeppelin and the energy and speed of punk rock, were all being absorbed into one gigantic melting pot (or, appropriately, ‘cauldron’, if you will). And just for that short time there was a moment when everything was possible. This quickly saw a ‘big bang’ effect in which an outpouring of bands from the heavy doom of Angelwitch through the punky energy of early Iron Maiden and the speed and power of the Venom-led ‘black metal’ wing, right the way to the more melodic sensibilities of Dedringer and Praying Mantis on the other side. Every one of these strands led to its own sub-genre within the metal umbrella, but just for that one glorious moment there was a thrilling sense of limitless potential which was as exciting as any musical development I have ever known. What this six-track mini-album (expanded from an original four-track EP), released in 2007 as the debut by Canadian band Cauldron, does so brilliantly is to capture that ‘big bang’ moment as a musical snapshot in time. Rather than the End Of The Universe, it’s The Birth Of Modern Metal which we are being whisked away to, and for anyone around at the time, this is as good a time machine as you are ever going to get, to travel back to your teenage soul and experience that golden period all over again.

The four tracks on the original EP (self-released in March 2007) each embody elements of a different strand of that outpouring of creativity in their own way. The opening The Striker Strikes announces its entrance with an absolutely perfect distillation of prime NWOBHM riffery and gloriously heavy power. There are echoes of prime Angelwitch here in the way the melody rides atop the rolling, propulsive guitar riffing, and it is immediately obvious that, remarkably, this is no slavishly derivative retro exercise – this is genuine, dyed in the wool 1980 zip-gun metal thunder. It’s a massive rush of adrenaline and recreated teenage hormones, and utterly irresistible. The title track Into The Cauldron is more of the same, another short, sharp, sub-four minute shock of energy that this time conjures the first Iron Maiden album, with its almost punky energy counterbalanced by incisive lead guitar stabs. Two tracks in and this is heady stuff indeed. Third track Restless takes its time a little more, running to almost six minutes, and here we get a glimpse of the more melodic, heavy and yet almost proggy feel of Praying Mantis – at one point it whirled me back to the first time I heard their classic Captured City on Tommy Vance’s Friday Rock Show, to unnerving effect! The final of that first four-track salvo, Torture’s Too Kind, is a little harder and faster, leaning towards the Raven or Vardis speed template, rougher and rawer, and it completes as perfect a clutch of NWOBHM jewels as I could imagine outside of an original 1980 12-inch EP.

In September of 2007, the original EP was expanded with a further two tracks when released on the New Iron Age label, and we get those as well. Axe Cross takes the speed metal influence a little further towards the Venom ballpark, while the closing song is a riotously joyous cover of German band Tyrant’s 1984 track Making Noise And Drinking Beer. Which perfectly encapsulates the feeling embodied by this release. Listening to this, I was not only sent back in that virtual time machine musically, I actually felt as if I was 18 again, and was so seized by the desire to go out the next day and form a band that I had to remind myself that this was the 21st century and I was forty years on from that inspired and energised teen. But boy, did it feel good to be swept back there again!

This is the first I have actually heard by Cauldron, but I will be seeking out some of their later output without a doubt. A three-piece at this time, comprising the possibly-not-their-real names talents of Jason Decay on bass and vocals, Ian Chains on guitar and Al Chambers on drums, everything about the band is marvellously ramshackle and chaotically energised. Even the original sleevenotes are authentic teenage denim-and-leather metal, with the ‘thanks’ list including not only ‘air’, ‘pizza’, ‘snakes’ and ‘metal sections’, but also ‘beer’ mentioned twice for good measure and the very non-PC ‘chains around women’ ‘and ‘women’s intimate apparel’! We’re not in 2021 any more Toto – and to be honest, we’re not in adulthood any more. But who can honestly say it isn’t a special sort of thrill to briefly feel as if you are once again full of teenage energy and ambition, with the world hopefully at your feet? That’s what this release does for you.

Welcome to the Restaurant At The Birth Of Modern Metal – where everything is on the menu, and it all tastes really good. You’ll come back again for second and third helpings, of that I am certain. Now excuse me while I get my guitar out of its case, brush the cobwebs off and play those old riffs again. As someone else once sang, ‘I’m eighteen and I like it’… 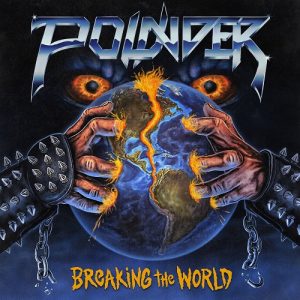 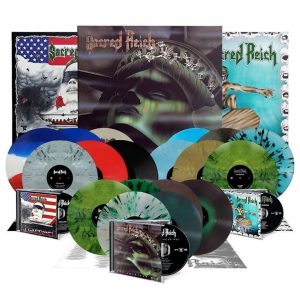