“Stars above, evil below and fire in between, a trinity in peace”. The original meaning of the word aeon was “life force”, so this new album called “Aeons” is legitimately painting a picture of a spatial trinity! CB3 (Charlottas Burning Trio) are a wacky trio from Malmo in Sweden who have been together for five years now, playing quite unconventional space-rock whilst experimenting with jazz tonality and trying different rhythms, sounds and structures. Some of it can occasionally sound like background material from a science fiction film, but on the whole it’s a very surprisingly pleasing, accessible and satisfying quintet of tracks!

The band have been compared in the Swedish ‘zines to King Crimson, the Mahavishnu Orchestra and Pink Floyd, but my closest reference would be the Hawkwind / Hawklords school of Space-rock. Explosive rock jams and cosmic soundscapes mingle with atmospheric passages akin to Pink Floyd, and progressive rhythms like King Crimson, and intros that could be early Black Sabbath! The band is aiming to bring the spirit of psychedelic music into the 21st century, and it’s fair to say they’ve achieved that!

After two self-released and self-produced albums, multiple collaborative projects and touring, CB3 signed with Lazy Octopus Records and Drone Rock Records to release their debut album “From Nothing to Eternity” in 2018. It was sold out immediately and received flourishing reviews in Scandanavia: The Fragmented Flaneur wrote “What has been heard is a terrific debut from a band”; The Obelisk wrote “Heavy psych heads with a hankering for jammy fare will delight no doubt at what CB3 bring forth in From Nothing to Eternity‘s flowing course”; Dayz of Purple and Orange wrote “’From Nothing To Eternity’ is a real gem of an album”; and HYMN magazine wrote “The King Crimson of Malmö” – all very promising!

The Spring of 2020 sees the release of this new album “Aeons” on The Sign Records. Charlotta said of the process “It’s been an exciting journey. Me, Pelle and Nate have almost been living, eating and sleeping music, but above all experimenting with the idea of making the most exciting and kickass instrumental album ever”. Since the beginning the trio has valued and nourished their thriving lust of exploring new ways in composing music and playing live shows.


Playing lots of shows locally, and focusing on touring more broadly means they’ve shared stages with bands like Monolord, Kikagaku Moyo, Hällas, Firebreather, Kaleidobolt and Spaceslug, albeit still in Scandanavia/Northern Europe. Their live shows have been critically acclaimed by several magazines. HYMN magazine wrote “These amazing musicians make the music sound more like it is performed by a symphony orchestra than a trio. The only thing I wish, after being completely mesmerized by the gig, is that it would have been longer.”

CB3 have taken this spaced-out live sound into the recording studio to create tracks like “Sonic Blaze” (a burning roller-coaster), “Acid Haze” which features a slow-burning, nicely fuzzy riff, with twist and turns and face-melting breakdowns, and the finale track fittingly named “Apocalypse” which features saxophone player Martin Wirén and mellotron sounds from Charlotta.

The album was recorded by Björn Lindberg at Rabbit Holes Studios in Malmö and mixed and mastered by Joona Hassinen at Studio Underjord in Norrköping, Sweden. Artwork is by Robin Gnista. The band are looking forward to their next phase of development in partnership with The Sign Records, and are working to promote themselves and others in Sweden’s “heavy psych underground” scene (that’s a great sub-genre tag!).

To sum up then, CB3 have created quite a dense, 70’s sort of sound, that appears quite deceptively simple. It is enjoyably accessible, incorporating an almost symphonic layering on arrangements that is most obvious in the closing track. It’s a quite short CD, weighing in at just over 27 minutes – but in a way that’s the point, it does feel like a symphonic movement, and “less is more” is very apt here! 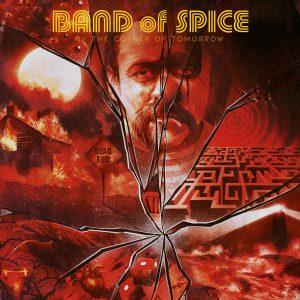 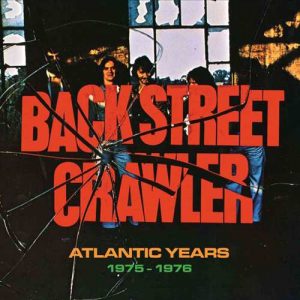 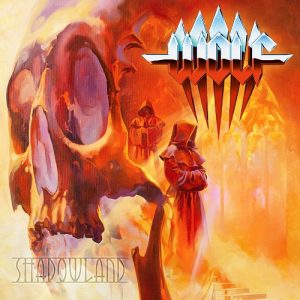