Chameleons, also known as The Chameleons UK in America, is an indie rock band from Manchester which formed in 1981 and became a key player in the sound of the city even though the band did not achieve the fame or notoriety of some other bands from the town of that era but this did mean that they gained a cult status and are a rather cool name to reference. They were influential to a greater or lesser degree on any number of key indie bands including Editors, Killers and Interpol and it would be interesting to consider just what post-punk guitar driven rock would be like without the Chameleons.

Formed by singer and bassist, Mark Burgess, guitarists Reg Smithies and Dave Fielding and drummer John Lever the band built up a solid reputation of with their exciting brand of indie guitar rock and released three albums but split in 1987 mainly due to the death of the band’s manager. Burgess and Lever then formed a band called The Sun And The Moon with Fielding and Smithies forming the band Reegs. They then reformed in 2000 and released a further three albums (two of which being acoustic) before going their separate ways again in 2003. It seems that Burgess and Lever kept Chameleon songs in the live repertoire when performing with their new band ChameleonsVox although Lever did leave the new group and sadly passed away in 2017. Then Burgess and Smithies reformed the band again in 2001 with Chris Oliver on guitar and Stephen Rice on drums with both being members of ChameleonsVox so both were very familiar with the history and, more importantly, the band’s songs. The band has also released several live albums over the years and it is live that the band truly excels with their electric performances giving their already very well written songs a real boost making them such a vital live force.

This new album sees the band storming through seven classic Chameleon songs which were recorded in May 2021. The album then concludes with three bonus tracks performed by ChameleonsVox but it doesn’t state where or when these tracks date from but given that ChameleonsVox was virtually the Chameleons then they are valid here and all songs sit very comfortably side by side. Mark Burgess is on great form with his delicious and hard hitting delivery and is perfectly backed by a team of brilliant musicians and some of the best indie guitar you will ever hear. Indeed, forget the indie or post-punk labelling as this is an excellent slab of monumental classic rock from a band that should have been up there with the best of them.

There is still time yet and I’m sure you will agree if you give this album a spin. The band is on tour so in December with a couple of dates in August too so please try to catch them if they come to your town.

Edge Sessions – Live From The Edge 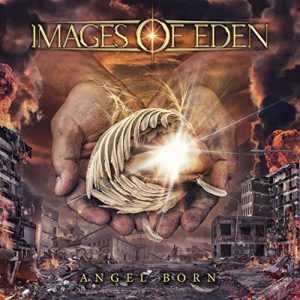 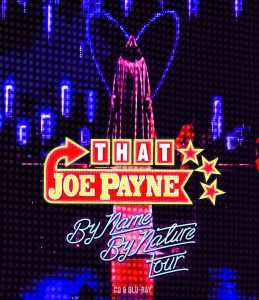