Maybe not a name familiar to everyone, Checking For Echo is a prog rock project revolving around multi-instrumentalist Jon Farley, previously with prog duo The Hollow Moon. Far from being a one-man ‘vanity project’, however, CFE utilises the talents of a whole range of guests, some well known and others new discoveries. The result is a vibrant, organic nature to the sound which has the feel of a ‘band’ rather than an Oldfield-esque hermit-in-the-studio affair.

Jon Farley’s own story is central to the project. Diagnosed some years ago with a chronic lung disease, Sarcoidosis, he moved to the north of Scotland for the cleaner air (not the warm weather, we may add!), and initially set up CFE partly as a way of exercising his lung capacity through singing. It extended far past this humble beginning, culminating in this latest album, the first in a two record set – originally conceived as a double album, but with the second half postponed until recording hopefully becomes a little easier to arrange post-Covid. On this album, for the first time on a CFE release, Jon has handed over the lead vocals to guests, explaining that his lung capacity has left him with a singing voice he doesn’t really want to listen to – though he does still contribute backing vocals, as well as supplying the keyboards, bass and drums throughout.

The prime collaborator with Jon on this album is guitarist Suzi James from the band Fearful Symmetry – hers is perhaps not a name everyone will know, but one that they should, since her performance throughout this album is absolutely exemplary, varying from metallic shred through to Latimer/Gilmour eloquence at the drop of a song! Nowhere is this more evident than the stark, uncompromising opener Stillborn, with the lazy intro drifting in on a calming haze before the ‘band’, as it were, hit you with a musical punch to the gut which shocks through the sheer force of the contrast. This is perfectly in keeping with the bleak nature of the lyric – which it should be stressed is not some literal ‘shock rock’ piece, but actually a reflection on children being born with the cards stacked against them in terms of their lack of prospects right from the start – complete with a strong vocal delivery by Clare Shorthouse Fowler (Dandelion Charm). The guitar is used an aggressive and effective weapon in this track, though later on, in the instrumental Just Making Shore, for example, the liquid beauty of the melodic lead work is magnificent. No words are needed when the lead instrument can speak to you like this.

Other highlights of this lyrically hard-hitting and uncompromising album are the multi-faceted The Big Issue, railing against the plight of the homeless in society via an excellent vocal courtesy of Michael Brown from Outside In, and Seen But Not Heard, tackling the difficult subject of child abuse and mistreatment, with some essentially prog-metal sections alternating with softer moments. There is one song which is a more direct ‘relationship’ song, in the shape of What About Us? (featuring Jon’s ex-bandmate from The Hollow Moon Darren Selesnow on guitar) – though even then it is a troubled one, full of recrimination and regret. This is not an album which will be turning up on anybody’s Dance Party Mix Tape, it is quite fair to say, and all the better for it. What’s prog without a bit of existential gravitas anyhow?

Despite Farley’s compositions forming the backbone of all his CFE work, there are nonetheless three cover versions included here, all of which are songs which spoke to his own life and personal circumstances. They are not obvious choices, it has to be said, as Saline from the second Frost album Experiments In Mass Appeal and My Suit Of Armour by Long Earth (whose own debut album is reviewed elsewhere on this site) are deep cuts by most standards, though fitting seamlessly into the overall conceptual nature of the record. There is a track by IQ also included, but even then a far from obvious choice, being Red Dust Shadow, an excellent song tucked away on the Dark Matter album in between that record’s twin epics. This last song is in fact sung by Jon’s wife Lisa, and an excellent job it is too, with the immediate change from the familiar voice of Peter Nicholls to a female lead turning things on their head and giving the song a whole new focus.

At time of writing, the album is available digitally only, but hopefully if sales are good enough that may change – it deserves to, as the booklet is beautifully designed even in digital form, with each of the songs having its lyrics and credits printed against a particularly apt and evocative full-page photo. It definitely adds to the overall impact, and it must be added that all profits from the album’s sales are donated to charities helping musicians who have struggled this last year or so. If you haven’t sampled Checking For Echo yet, this is the place to start. It’s unquestionably the best work from Farley’s vision thus far to these ears, and whets the appetite for Volume 2 nicely!

Tag: Checking For Echo, Life And Other Short Stories 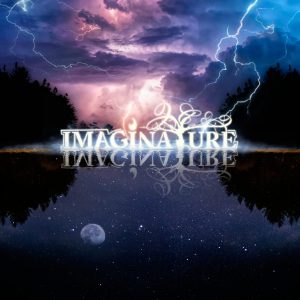 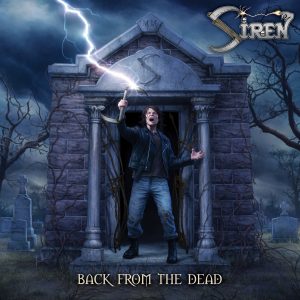 Siren – Back From The Dead (FHM Records)