Spoiler alert – this is an exceptional hard rock album that you simply have to buy! So, who are Cleanbreak other than a new band put together by the Frontiers Label which has overseen so many new projects over the last couple of years with nearly all of them being producing exceptional music?

Cleanbreak is the new vehicle to showcase the amazing voice of the American vocalist James Durbin and he may already be known to you but if not then, quite simply, he is an amazing singer with a powerful and soaring voice that commands you from the very first note. He is from Santa Cruz in California and first came to prominence as a participant in season 10 of American Idol way back in 2011 when he introduced his amazing rock voice to the American public. Of course, rock rarely does well on this sort of talent shows and he did not win but he excited all of the watching metalheads and was therefore invited back for the shows finale where he got to sing Livin’ After Midnight and Breaking the Law live with Judas Priest. Now, I have zero interest in these sort of talent shows and you should see how quickly I can move to get to the off switch on the TV remote but Durbin is that rarity indeed as he really is a major talent that came through the TV ranks where, let’s be fair, both judges and public seem more interested in boy and/or girl bands and novelty acts! Durbin was very clever as he used the show as a springboard which led to him becoming the lead singer with Quiet Riot in 2017 before quitting in 2019 but he did re-record the vocals for Road Rage and then sang on Hollywood Cowboys before moving on. Durbin then joined forces with Frontiers and released The Beast Awakens under the Durbin name in 2021 which literally blew my socks off and made my top 10 for the year with the album being on a par and/or even better than the new releases by The Three Tremors, Resurrection Kings, Brainstorm, Rhapsody Of Fire and KK’s Priest. Now if you can stand shoulder to shoulder with these bands then you very much are made of the right stuff! If you haven’t heard it then please do so and quickly as you are missing out on a heavy metal classic. Durbin is old school so you can see and hear his influences in his style and delivery which range from Judas Priest, Iron Maiden, Metallica, Dio, Accept and Guns N’ Roses and his thrill a minute delivery simply takes no prisoners! I said at the time that his spectacular voice takes in the very best of Geoff Tate, Rob Halford and Harry Conklin and that you just have to hear him hit those soaring and sustained high notes and I still stand by every word.

This leads us neatly on to the new Cleanbreak album and the record label has recognised what a major asset this man is and put together a band to match his talents with guitarist Mike Flyntz of Riot V and the Stryper rhythm section of bassist Perry Richardson and drummer Robert Sweet completing the line-up and what a thrilling and exceptional team they make. This is just about as classic as American metal can get with each track being an anthemic standard bearer for fast and furious metal built up by four musicians of exceptional talent.

If rock has left you a little jaded recently or you think that there are no new exhilarating metal bands out there then play this and revel in beautifully played hard rock from a stunning guitarist, bass and drums to celebrate and a man with a voice to shake the nation, quite simply, this should be a staple in every self respecting rock fans collection. 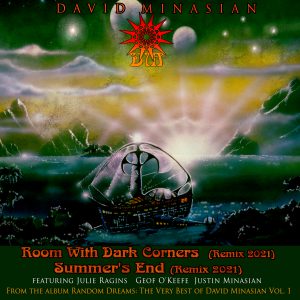 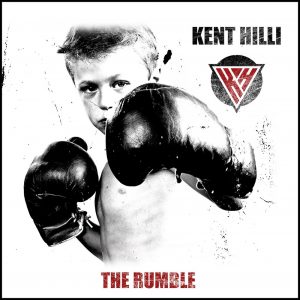