Wielding a stunning, combined arsenal of post-rock, prog, shoegaze and traditional metal, UK three-piece COLDBONES have announced the forthcoming arrival of their highly-anticipated second studio album – the ominously-titled The Cataclysm – as well as  the album’s first single, which arrived on 12th March. Planned for release on 17th April 2020 via Dunk! Records, Coldbones’ forthcoming studio offering follows their 2018 debut Where It All Began, which saw high praise upon release, with Metal Hammer calling the trio “one of post-rock’s shining lights”. In their latest offering, Coldbones seek to present an intensely dynamic journey of musicianship with The Cataclysm, wrapped around a conceptual masterpiece that promises – quite literally – to destroy the world as we know it. Described by the band as “a fatalist portrait”, each of the album’s ten tracks will serve as interconnecting pieces of a larger picture that offers the listener nothing less than a front-row seat to the ultimate catastrophic event – the end of the world.

Coldbones are a Kent-based trio, consisting of Nick Suchak (bass); Max Parr (drums); and Jordan Gilbert (guitar). They were formed with a defiant manifesto: to extract colour from the darkness. It could be said the band have blended the genres of prog, shoegaze and metal to create their very own little piece of “post-rock”, this being defined in Wikipedia as “a form of experimental rock characterized by a focus on exploring textures and timbre over traditional rock song structures, chords, or riffs.” And actually, that captures the structure of a Coldbones track pretty well. It has to be said I’d not heard of Coldbones before reviewing this album, despite them having been around since at least 2014. They’ve previously released two EPs and their 2018 debut full album prior to this release.

All of the tracks on here reveal the band’s affinity for layers of guitar work, yo-yoing between some “really heavy” stuff and great riffs; with very melodic sections. Sort of Stephen Wilson without vocals or even, dare I suggest, a hint of modern-take Pink Floyd? Actually, I happily stand by that comparison, the track Cleanse illustrates that perfectly with gentle guitar licks morphing into a great riff with power-house drums and bass to match. The structure of the song feels as though it’s quite simple, but I love the organic building of layers upon layers.

Burning Of The Earth is another use of the same theme. Imagine the melodic side of Metallica – it starts so simply, so gently and melodic, with background layers shimmering quietly, before a gradually building percussion structure beefs the track up, accompanied by chunkier guitar work, working to a crescendo, without over-staying its welcome – and that sense of “the right length” does seem to be feature of Coldbones, together with a great production – as the songs get denser, the mix doesn’t, it’s a real compliment that all those layers stay distinct and clear.

This is what the band themselves have to say: “The Cataclysm presents a fictional take on two catastrophic events. The album draws inspiration from past catastrophes as well as works of fiction from various sources. We explored a reality where chaos and destruction consumed everything and everyone, in the form of two catastrophic events – The Flooding of the World and The Burning of the Earth. As fire rains from the sky and sea levels rise, the airwaves are polluted with disturbance signals of the few that remain. ‘The Flooding Of The World’ and the tracks that follow draw attention to the raw, natural power of wind and rain, along with the rising sea levels of a great flood, barraging against the highest of land and plunging all into darkness.”

Complementing Coldbones’ expansive and world-ending brand of prog-infused instrumental post-rock, artist Alice Urbino captures the devastation of ‘The Cataclysm’ perfectly with the album’s cover art. As fire and brimstone pour relentlessly from a charred and blackened sky, a seductive landscape of barren mountains and hills mirrors the haunted nothingness that Coldbones envisions will replace our bustling, noisy existence at the end of days. The album does fulfill that promise of being an irresistibly bleak, but wholly fascinating and entirely engulfing experience from start to finish.

My only slight reservation with this album, as with all “instrumental” works, is for how long can the music hold your attention without the warmth, or “soul” of a singer. One or two of these tracks are less than captivating because of this. However, despite my early reservations, I ended up really warming to the layers of sound in themselves. It’s fair to say that, with this latest set of quite intense and atmospheric soundscapes, Coldbones succeed in painting a picture of how they would interpret a series of catastrophic events that culminate in the ending of the world as we know it – without making you feel completely doomy by the end?! Simultaneously beautiful yet haunting in its approach, this album is not for the squeamish – but it’s thoroughly recommended! 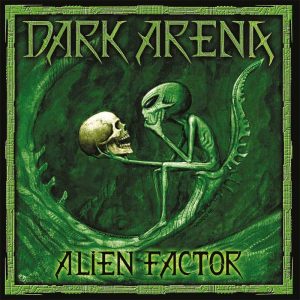