Another storming gig went down at the Red Lion on my home patch tonight, starting with excellent Norwich rockers Little Red Kings, who are neither Kings nor red as far as I could see, and mostly not all that little either. First highlight of the night was their melodic pop rocker These Days, with its Dire Straits-soaked intro and massed vocal chorus. Fans had been engaging with the band before the gig, demanding to hear Chaperone, so I was anticipating that one – and well worth the wait too, with its gorgeously mournful intro and outro and Mark Knopfler-esque main section. The track was obviously well-known to the Kings’ followers, so it turned into a bit of an audience interaction laugh-in, which is a shame really, because newbies to the band like me need to hear it taken seriously and played properly, so maybe next time guys?  Littlest member by the way, is probably the excellent Dougie Archer on guitar, low to the ground, solidly built and thickly thatched, a bit like a Cotswold cottage would look if it could hold a Les Paul.

I feel a bit guilty about East Kent outfit Collateral, like I owe them an apology. Last time I saw them was at this very venue, holding up the middle section of a three-band night between openers Gorilla Riot and headliners Bad Touch. I felt at the time that the dark little club with its tiny stage didn’t suit their flamboyant glam rock, and they were simply outgunned. True or not though, they laid that ghost to rest with a vengeance tonight. As headliners, they were free to bring their A-team to the show, complete with lighting rig, lasers, dry ice and attitude, and they smashed it solidly out of the park.

The band opened with a volley of pounding drums and screaming guitar, while front man Angelo Tristan loomed out of the mist, pirate-coated and surrounded by red and white light, and launched into new single Big Shot, a spine-tingling opening gambit. Todd Winger is a guitar shredder par excellence, and he and Tristan, himself a bluesy guitarist of some skill, grinned their way through a screaming set, interrupted briefly when Tristan broke a string on his purple acoustic and they had to rearrange the set somewhat, covering Richie Sambora’s Rosie while a member of the retinue got stuck into restringing duties.

Apart from the opener, the two highlights to these ears were undoubtedly the axe-wailing epic Just Waiting For You, starting as a sweet acoustic ballad and building to a showcase Todd Winger screamer towards the end, and main set closer Midnight Queen, quite rightly selected as the band’s debut single. Tristan seemed so dumbstruck at the fact that the audience knew all the words to this one off by heart that he quite forgot them himself, but by then, everyone was having such a blast that he could have sung anything and it would have sold.

An encore was inevitable and duly provided, but to be honest, they had already given everything they had in the main set. Tonight was supposed to be the Big Shot single launch party, but sadly the launch has been put back until the end of the month – but the venue still played the single over the PA while the band strolled into the crowd, hugging, shaking hands and high-fiving all and sundry, still grinning. These guys are well worth a look if you get the chance, but check that they are headlining, not playing an uncomfortable second fiddle! 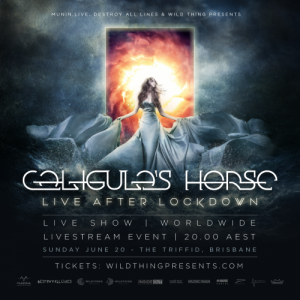