Collateral are back with a vengeance with their most powerfully uplifting and empowering single to date. “Can’t Hold Me Down” is the new single, released by Roulette Media on Friday 27 November 2020 and is now available to pre-save from https://smarturl.it/Collateralcantholdme.

The single was produced by Collateral and mixed by Grammy Nominated producer and engineer Romesh Dodangoda (Bring Me The Horizon, Funeral For A Friend, Motorhead).

“Can’t Hold Me Down” is also the first piece of new material to feature Collateral’s expanded six-piece line-up which includes new members Robert Fenning (keyboards) and Louis Malagodi (guitar) alongside original members Angelo Tristan (lead vocals, guitar), Todd Winger (guitar), Jack Bentley-Smith (bass), and Ben Atkinson (drums).
The new single symbolises hope in a world that has seen industries, businesses and even families collapse in recent months due the pandemic. “Can’t Hold Me Down“‘s message inspires individuals to always be their best, no matter what the obstacles are, no matter what is thrown at them.

Says Collateral front man Angelo Tristan, “Many bands were struck hard at the start of the year with Collateral being struck half way through their debut album tour that reached Top 5 in the Official UK Rock Charts so there is no surprise that frustration would lead to an empowering full out rock song that would hopefully inspire people across the world to keep focus on the light at the end of the tunnel… and that is exactly what we have done.“

“Can’t Hold Me Down is a song that has many layers and stories that ultimately comes back to one thing, ‘I won’t be held down’,” says Angelo. Starting with the lyric, “I used to be the one with my head in the clouds, chasing the dream to write the perfect rhyme,” to the monstrous multi-voice ‘Queen’ style chorus with “You Can’t Hold Me Down.“

“We didn’t want to write a typical ‘Covid’ song. What’s the point?” says Angelo. “The 6 o’clock news is doing that for you day in day out. People don’t need that right now. Some people might see this as a rebellious track. Maybe it is.  Our intention is only to try and inspire people to get through the other side of this with a track that brings comfort and a hard pounding beat.“

“Can’t Hold Me Down” is different from the other singles that we have released. It’s less angry than “Lullaby,” it’s more modern than “Mr Big Shot,” it has more balls than “Midnight Queen,” and it completely contradicts “Merry Go Round.”  I think our fans are beginning to see a variation starting to appear in our sound and writing which is keeping everyone on their toes, including the band.“

In 2019, Collateral started making waves early in the year when their single Midnight Queen started getting serious airplay on Planet Rock radio. A sold-out London concert at the Blackheart with rave reviews, confirmed their position as worthy contenders for the UK’s rock and roll crown jewels. The band were singled out as “Ones to Watch” on www.planetrock.com, and have been championed by numerous rock magazines including Fireworks, Powerplay, Black Velvet, Planet Rock and HRH. Rock music websites Moshville Times and Rush on Rock chose Collateral as their Band of the Day.

“It’s something to be part of a crowd bearing witness to a future phenomenon – Collateral simply dominate the attention,” said Sonic Abuse about Collateral’s Blackheart concert.

MNPR Magazine cited the following comment in their review of the Blackheart show – “Introducing the band was none other than the Planet Rock Breakfast Show host Paul Anthony, and what an introduction he gave. He waxed lyrical about how this band are “The next big thing” and “ones-to-watch” and how everyone there is witnessing “something very special indeed.”

“An explosive EP heralding the arrival of possibly the next big thing in classic rock,” wrote the Daily Express about the band’s debut EP. “Collateral come rocking out of the green corner to take centre stage with their punchy rock firmly established in the New Wave of Classic Rock movement.”

Collateral will tour with Skid Row throughout Europe in 2021, and in the UK, and they will also tour alongside Swedish rockers H.E.A.T. What’s more, they also been invited back to play Ramblin’ Man Fair in July 2021 to play the Main Stage. 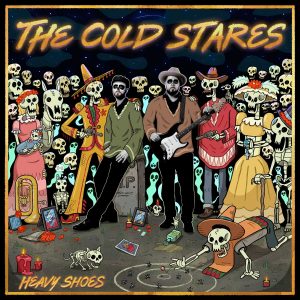 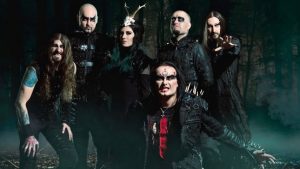