The Swedish hard but melodic rock band Constancia began life in 2007 with Brave New World being the third album to date and a superior and thoroughly enjoyable hard rock album it is too. It was put together by Mikael Rosengren formerly the keyboard player with the bands Scudiero and Token and he soon brought in a talented team of musicians to record a collection of songs that he had already written, the usual ‘have songs need band’ scenario. He soon brought on board the renowned guitarist Janne Stark (Grand Design/Locomotive Breath) and he in turn brought in Peter Svensson (ex-Mercy Train). Soon, Jaded Heart bassist Michael Müller came in as did vocalist David Fremberg (Andromeda) and the ensuing debut Lost And Gone was then released in 2009. After a quick re-shuffle in 2013 which saw Linus Abrahamson (Andromeda) replace Michael Müller on bass and then the second album Final Curtain came out in 2015 which very much followed n from where the first had finished.

It has been a long six years since then but the band has finally released album number three with Brave New World, a title that references the future post COVID world as well as well as the introduction of a new vocalist to the band. It seems that David Fremberg was unavailable due to other projects so Constancia turned to British singer Pete Godfrey (In Faith/Blood Red Saints) and what an inspirational addition he has been to the team. He rapidly took on board the songs already written for this new album and added new lyrics and changed the vocal arrangements to suit him and, in the process, gelled perfectly with the rest of the band.

The previous albums were all hard melodic rock with a progressive leaning and the band has retained much of this sound but they now sound more rounded with a superior feel to the music, lyrics and overall delivery. In truth, they have created a quite magnificent melodic rock classic which falls very much in TNT, Royal Hunt and Ten territory and the band is now every bit as relevant and forceful as these great bands are.

Godfrey’s vocals are off the scale with his wonderful and melodic delivery and all backed up with a power than covers every situation and his command seems to have inspired the band to achieve new heights with their musical skills. The songs are all perfectly crafted AOR gems with all the ensuing hooks and vocal melodies that you would expect with stunning guitar and keyboards solos making this a true stand out album. The earlier Constancia albums were good but Brave New World is on a different level entirely. A must for fans of AOR/melodic rock everywhere and there is enough power and might here too to satisfy virtually all rock fans too; check it out and be impressed. 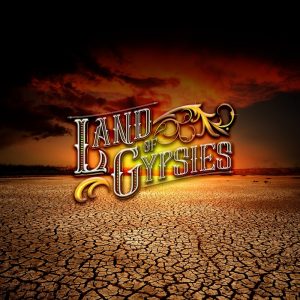 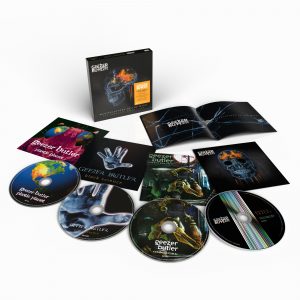