Looking back through the annals of recorded rock music, there are quite a number of things which, when put together, manage to complete the phrase ‘an unlikely union of…’ with some accuracy. Some with more successful results than others. Bing Crosby and David Bowie springs to mind as an example. Aerosmith and Run DMC as well, or Yes and Buggles come to that. Orson Welles and Manowar would tick the box pretty well. Surely one of the biggest examples of such an eye-wateringly unlikely conjoining, however, would be Progressive Rock and Country Music. True, it has been dabbled in by bands such as Wally, Home and Unicorn, and Dolly Parton has recorded a version of Stairway To Heaven which confounds expectation. But they don’t fit naturally together, I think most would agree. With this collection of three albums from the – surprisingly Danish – early-’70s band Culpeper’s Orchard, we can observe a gradual yet inexorable slide through the prog-country spectrum from one end to the other. Consequently, the listener’s relative enjoyment of these albums will largely depend on his or her degrees of predeliction toward either genre.

Starting in 1971, we get the self-titled debut album, which really throws its prog hat into the ring with aplomb, the only country hints being the bizarre 45-second banjo-led piece Banjocul which opens the album and confuses the listener thoroughly, before packing up the old barn-dance picking gear until a similar bit comes along to close the album, tacked onto the final track. It’s rather odd to say the least! In between these Bluegrass Bookends, however, lives a tremendous example of an early prog album. There are no lengthy ten-minute epics here, but the majority of the tracks tend to sit around or close to the six minute mark, and mix psychedelia, proto-prog and some harder rock influences superbly – nowhere better illustrated than the split two-parter Mountain Music Parts One And Two, which open and close things within the banjo bracketing. It’s a genuinely forgotten classic, and for the prog fan, the main reason to get this.

Spread across the end of the first disc and the start of the second we get the follow-up album Second Sight, which sees the influences shift, due in no small part to line-up changes. It’s very much a ‘game of two halves’, and sees the proggy influence maintained on tracks like Keyboard Waltz (which oddly isn’t particularly keyboard-driven) and the ambitious ten-minute Mind Pollution / Weather Report, while songs like the closing Satisfied Mind are entirely settled within the downhome country ballpark. It sounds very much like a band unsure of which way to go, and leaving a foot in both camps, and therefore, despite some excellent material, is less successful than the debut.

With album number three however, 1973’s Going For A Song, the fiddles have risen up and taken over in a bloodless coup, as the band essentially deliver what is virtually a straight country-rock album, There are the odd exceptions, such as the prog-folk of the standout Time Flies, which evokes Fairport or Steeleye Span at their dextrous, intricate best, and a couple of appealing straight rockers in the album’s second half, but we’re much more Gram Parsons than Led Zep by now, and the album will certainly appeal much more to the country-folk crowd. The only contemporaries of the band at this time who could get away with that sort of shift within a couple of albums were probably Jethro Tull, but there’s no linchpin Ian Anderson figure here to tie it all together, so the band identity is rather diluted.

The put it into perspective, think about the name Culpeper’s Orchard (named after a 17th Century botanist, incidentally, in true Tull style!), and conjure up how you would expect an album by a band of that name to sound. The first album will make you think ‘no, that’s not it at all – what an odd name’, while the second will have you stroking your chin and thinking ‘hmm, maybe…’, while the third will cause you to exclaim ‘ah, now that’s it! That’s the sound!’ In that sense, the band caught up with their name, though arguably at the expense of what made them most interesting. Get this for that glorious first album – but do stay around to see the change unfold. If you’re a confirmed country fan, however, start with Going For A Song and work backwards, and you should pass each other halfway… 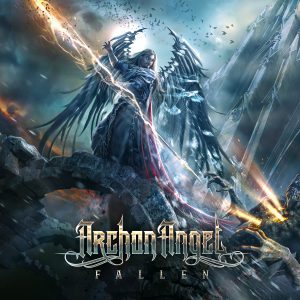