The Covid crisis has been a heavy burden for the music industry, especially for the heavy giggers, but it has also given many musicians a lot of time and space to work on their art. South African guitar maestro Dan Patlansky takes the view that an album is a snapshot of the musician’s life at that moment – but as he has been working on this latest record Shelter Of Bones for three years, it is more of a considered portrait than a candid Polaroid, making use of some novel variations in sound.

He opts to kick off this collection with Soul Parasite, which is right up the rocky end of his spectrum, a mid-tempo, heavy riffy rock number with a barely controlled, aggressive solo. The overdrive is turned up to grunge level, and his disgust at the powers that be, with their self-interested corruption, comes through in barrowloads. This is followed up with a lovely jazzy bit of 12-bar in the Stevie Ray Vaughan-influenced Snake Oil City, an album highlight and another swipe at government, particularly in his home country. The slinky-smooth guitar work on this number is a joy; certainly some of the best he has ever committed to vinyl. He takes a break from politics for Selfish Lover, with its mid-slow, heavy but clear-toned Strat riff, and heavily reverbed spacey vocals. He explains the title as referring, not to some hot and sultry femme fatale, but to his fight with tobacco, an addictive substance which demands so much and gives nothing back.

Dan’s reflective side doesn’t show itself until track 4, a sweet-toned rim-shot ballad named Lost, in honour of his wife Gisela. We hear some of the promised imaginative variation in Bad Soul next, a slow rocker featuring some deep, electronic fuzzy bass backing, crossing over into electronica, while retaining his bluesy Stratocaster presence. A heavy kick drum underpins a number that varies between warm-toned blues and hard-rocking riffage.

The rasping edge continues in Presence, with its thudding, staccato bass rhythm. This is where Dan celebrates family life and living in the present, with the next number covering a related subject; I’ll Keep Trying is a downbeat, self-deprecating ballad with clear guitar chords, and percussion limited to a kind of echoey heartbeat. The weeping guitar definitely works its way into Mark Knopfler territory, again with electronic additions.

The second big highlight of the album for this reviewer is the next song, Devil’s Dopamine, a riffy, bluesy lament aimed at the proliferation of armchair experts that infest the internet. The complex and funky guitar backings drop out completely during the solo, giving this one a great, live feel. Sweet Memories is a dewy-eyed slow country blues that returns to the subject of spending more time with family, particularly during the enforced period of lockdown. The amount of time he has to spend away from home is a theme Patlansky has covered in previous work – he is more commercially successful in Europe than on his home continent, so touring inevitably puts a crimp in his home life. This number builds nicely, with some slick riffs in between the vocal lines.

Lead single Hounds Loose is an everyday tale of selling your soul to the Devil, then the album ends on the title track, a bit of a downbeat ballad to end on, although the sweet guitar work mines the seam of Mark Knopfler once again, with added shades of Snowy White. He returns to his favourite theme of family life; this time out of concern for the kind of world his kids will grow up in. Dan fans will not be shocked or surprised by anything they hear on this album; the guitar work is well up to his usual high standard; the lyrics are considered and personal, the music a mixture of pop, rock and blues in his usual vein. So how does it stack up against his back catalogue? Very well in my opinion – the production is crisp and clear, the guitar sounds are varied and interesting, the music as good as anything he has ever produced. Genuinely, this is up there with the best of Patlansky’s work, and may even be his finest album to date.

Shelter of Bones by Dan Patlansky is available in digital, CD and vinyl format from 25th February 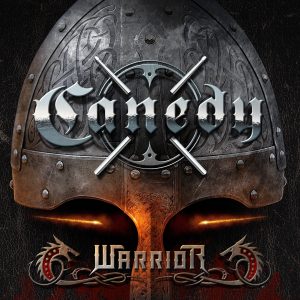 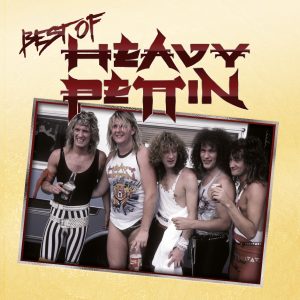 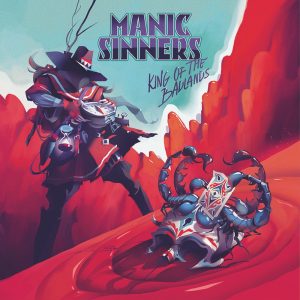