The highly anticipated tour will preview new songs from the band’s forthcoming studio album Let’s Hear It For The King – whose release will coincide with the UK tour. “DRN is truly excited about our next album,” says lead man Dan. “We went back to our roots of bending, breaking, and experimenting with the rock music genre.”

Continues Dan, “We believe this record to be our heaviest, funkiest and most melodic DRN album to date while keeping with our tradition of trying to deliver a strong message of unity through welcoming our differences instead of fearing them. We cannot wait to get out on tour in early 2021 to test these songs out co-headlining with the stellar high energy band Reckless Love and the powerful Mason Hill supporting.”

In 2021, Dan Reed Network will break existing concepts of how to create and release content to the world in a way that will challenge the industry just like they did in 1987 with the release of their eponymous debut album. Back then, they challenged social conception by looking past race, style and created a sound and entity that reached and spoke to millions of people. Now that those principles are the accepted norm, it’s time for DRN to challenge people on a whole new level.

“At the end of 2019 we celebrated the past, touring with the 30th Anniversary of our 1989 album Slam,” recalls Dan. “Then it was time for us to put our laser focus on the future and immediately locked ourselves in the studio while the world hibernated and created a collection of songs that we believe will blow everyone’s doors off on every level.” “As our home country struggles yet again with racial strife and trying to find a way through the darkness, DRN has fought this battle since our inception with our music and performances. We’re releasing this album and hitting the road in honour of that battle. It’s a celebration of our differences which make this world so vibrant and ultimately beautiful. Only through harmony can hate be destroyed. We hope that Let’s Hear it for the King will be one more voice screaming for positive change while compelling you to dance your ass off!

The new album won’t be for the faint-hearted or those easily entertained, yet pays tremendous detail to infectious melodies, provocative lyrics and honours their shredding funk rock roots. Let’s Hear It For The King is for visionaries who want to be part of and bear witness to the next step in artistic evolution. This album isn’t just about music, or video, or art in general. This collection of songs and the imagery that will accompany them is a message that rock, funk, electronica, memorable lyrics, and innovative film making.

Above all DRN knows it’s time to rock, it’s time to dance, and it’s time to celebrate life on the creative road! So, let’s take a ride… ‘Let’s Hear It For The King!’

The Dan Reed Network formed in Portland, Oregon and began packing out the local clubs from late 1984 through 1986 with their infectious mixture of hard rock, funk, and soul. In the winter of 1987, the group released their debut album. This brought DRN to Europe for the first time and performances at the Marquee Club in London and The Melody Club in Stockholm are considered legendary and are still talked about to this day. The Dan Reed Network’s 1991 third album The Heat was their biggest success in the UK. However, quickly becoming disillusioned with the record business and all its trappings, Dan Reed took a different direction away from the business and in time the band eventually disbanded, much to the dismay of supporters around the globe.

The Dan Reed Network reformed to play a celebratory 25th anniversary reunion show on New Year’s Eve 2012 in their hometown of Portland, Oregon, with all the original band members Dan Reed, Dan Pred, Brion James, Melvin Brannon II and Blake Sakamoto. They decided it was time to bring the band and the music back and were invited to headline one of the stages at the UK’s Download Festival 2014, This led to their first new full length release in 25 years, Fight Another Day. Building on its success, DRN toured extensively and led to their most ambitious project to date, Origins. Released in 2018 this album saw the band record 10 songs in 5 different cities around the world (New York, Berlin, Stockholm, Portland & Manchester) all in front of a live audience in the studio, who were invited to sing on the recordings.

The band have recently celebrated the 30th anniversary of the Nile Rodgers produced album Slam by joining the BIG 3-0 Tour alongside FM & GUN, which saw the band play the album in full to some of the largest audiences since the band’s return to the live music scene. DRN are still very much a band on the rise and their ambitious plans for Lets Hear It For The King in 2021, coupled with a daring approach for releasing music videos in a new format and a feature length documentary on the way, the band look set for a very busy foreseeable future! 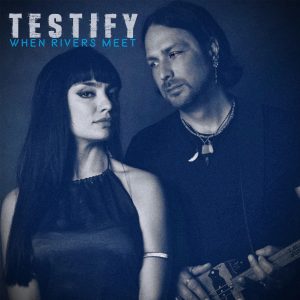