PRE-ORDER THE ALBUM FROM https://danreednetwork.tmstor.es

The Dan Reed Network are delighted to finally be able to bring you their latest slice of exhilarating rock, funk, and soul with the stunning new studio album, Let’s Hear It For The King.

Their sixth studio album, and their first since 2018’s Origins album, Let’s Hear It For The King comes full circle to the band’s original vision statement – to challenge beliefs, smash down existing protocol, and build something new out of the shrapnel.

The album will be released by Drakkar Entertainment on Friday March 4, 2022. Pre-order the album from https://danreednetwork.tmstor.es. The first single Starlight is released Friday October 22, 2021 and is available to pre-save and stream from https://bfan.link/starlight-1.

“We are chomping at the bit to get out there and bring people what we genuinely believe is the heaviest, funkiest and most melodic DRN album to date,” says Dan Reed. “These songs are the strongest representation of the band’s sound that we’ve ever created. You have been warned!”

Not for the faint-hearted, the long-awaited new DRN album pays tremendous detail to infectious melodies, provocative lyrics and honours their shredding funk rock roots. This album is for visionaries who want to be part of and bear witness to the next step in the Dan Reed Network’s artistic evolution.

The video for the first single Starlight premieres at 12pm BST on Thursday October 21st, followed by a live Q&A with Dan Reed at 8pm BST on the Dan Reed Network Artist Page on Facebook where he will discuss all things DRN, including the new music video and single, the album itself and the impending European Tour, all off which will celebrate the album’s highly anticipated release.

Available to pre-order from the Dan Reed Network store https://danreednetwork.tmstor.es, the new album will be available as a Limited Edition DRN LHIFTK box set, Limited Edition coloured vinyl, and much more. Dan has even created personalised, hand-written lyric sheets for each song from Let’s Hear It For The King that will be randomly placed inside the limited-edition box sets. Happy hunting, everyone!

The new album coincides with DRN’s European Tour that includes a nine-date co-headline UK run with Reckless Love featuring special guests Collateral, plus headline shows in Sweden, Norway, Belgium, and Germany. The Network will also be playing a special headline show for their Facebook group ‘The Networkers’ in secret location in Newcastle on Sunday February 27th where the band promise to celebrate the album’s release in style!

“The new album snarls and bites,” says an enthusiastic Dan Reed. “We wanted to cut its teeth alongside some young, high-energy bands, so who better than Reckless Love and Collateral. Those boys can rock. Anyone who’s seen DRN live knows that’s where we come to life.  We’re ready to deliver a lot of energy and give the audience a direct shot of funk n’ roll!” 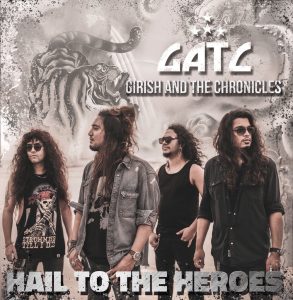 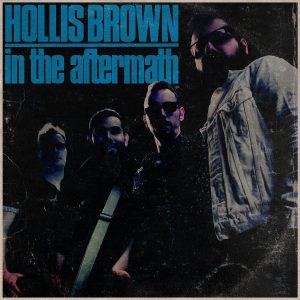 Hollis Brown Recreates The Rolling Stones’ Seminal US Version Of Their First Original Album, ‘In The Aftermath’, Out February 4th via Mascot Label Group/Cool Green Recordings 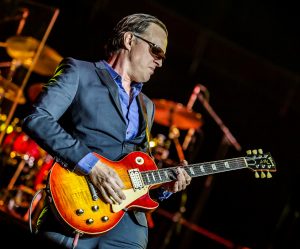