[In Puppets Dream] at just after the five minute mark, when the guitar solo comes in, you should check whether you are playing air guitar. If not, you may require medical attention. Or already be deceased.

Dave Cureton. You know that name, right? Well, if not, you certainly should. Dave is, of course, a founding member and leader (along with his bandmate Adam Gough) of UK prog outfit IO Earth, and after more than a decade of IO activity he has now released his first album under his own name. Anyone who follows IO Earth will without doubt want to get hold of this, but what of those outside of the band’s own fanbase? Well, as long as they have any affinity at all with powerful, guitar-based progressive rock, they are going to be on pretty comfortable ground here, that much is certain. But let’s have a look at the release in some more detail, and see exactly what the nature of this particular extra-curricular beast is…

Solo albums coming from someone very much associated with a band, especially when still operating very much within said band, come in some fairly common shapes and sizes. There are those which see the musician in question branching far outside the style of the ‘mothership’ in order to scratch a personal musical itch – for instance, Play Me Out by Glenn Hughes, Fool’s Mate by Peter Hammill, or the early Beatle solo recordings in the late ’60s. There are those which to all intents and purposes could be band albums under another name – I’m thinking of Jon Bon Jovi here, or even Rod Stewart as opposed to The Faces. This, however, is neither of those. IO Earth are a modern progressive rock band, and this is a modern progressive rock album – however, unlike IO Earth’s female vocals, this is entirely instrumental and unashamedly guitar-driven.

Perhaps the closest equivalent is to look at the solo albums released by the members of Yes during the mid-’70s. This is not Jon Anderson’s Olias Of Sunhillow, as it never at any point threatens to disappear up its own mystical fantasy and divide the fanbase. Neither is it Alan White’s Ramshackled, for which we can be sincerely grateful. Closer to home, perhaps, neither does it equate to Steve Howe’s Beginnings, which was very much stripped back from the grandiose Yes symphonic prog identity, and also hampered by his own unsuccessful vocals. No, to these ears the closest equivalent to this album is Chris Squires excellent Fish Out Of Water – still very much rooted in the classic Yes sound, it simultaneously acknowledged its role as a solo album by featuring Squire’s bass as a very prominent instrument, yet not to the point of overpowering the music. This is exactly what Dave Cureton does here with State Of Mind. He is very clearly relishing the chance to let his guitar ‘off the leash’ as it were, but while it is certainly a showcase for his considerable talent, it is much more than just a shop window. Put simply, this is a cracking instrumental prog album, which is what matters at the end of the day.

Anyone who has seen Dave fronting IO Earth will be able to see that this is an album he has almost been born to make. In live performance he is never happier than when he gets to bestride the stage, firing off a solo as if believing that his guitar must be killed, the band reliably backing him up with power and precision. Those moments are always highlights of any IO show, and as much as anything this album is a glorious release of those moments flying free into the great wide open, simply demanding that you prick up your ears and listen. The album opens in a perfect way with the track Psycho-tronic; Dave’s guitar introducing proceedings unaccompanied, as the other instruments gradually introduce themselves, settling into what almost qualifies as a funky jazz-fusion groove for a short time. This is soon dispelled, however, by the main riff and theme, which is simply huge, bulldozing the listener in a way which may not be quite prog-metal, but certainly packs a hell of a heavy punch. It ricochets between a couple of themes, sounding somehow threatening and sinister, encapsulating the title to a T. There are some spoken word vocals on this one, but in essence it’s still instrumental music. It’s a hell of a statement as an opening track.

Next up is even stronger, however, with Puppets Dream being to these ears perhaps the best thing here. It’s more multi-faceted, veering between light and shade, with moments of reflection, grandeur and no-nonsense ass-kicking power. A word of advice as well here: at just after the five minute mark, when the guitar solo comes in, you should check whether you are playing air guitar. If not, you may require medical attention. Or already be deceased. Confessional moment – I played this on my wireless headphones while walking around the neighbourhood, and I actually found myself air-guitaring the solo in silence walking down the street, which must surely have marked me down as someone needing kindly men to assist me if anyone was watching. That’s what this album does to you. Embrace it, you’re powerless to resist.

Going through the whole album track by track would be a futile exercise, but suffice it to say that if you like those first couple of tracks, you’ll like the whole thing. It’s all great, powerful, open-car, wind-in-your-hair guitar music, and a nice balance between the big ‘just go for it’ solo moments and melodic themes which will stay with you. Some highlights must be mentioned however: Free Falling is a superb evocation of drifting over the landscape, suspended in the freedom of the open air. Flow Motion is an exhilarating ride, conjuring up the breathless feeling of skipping over the tops of the waves in a fast speedboat. The final two tracks are a particularly effective conclusion, with the exquisite The Secret Lullaby being probably the most restrained piece on offer, while the closing Evolution does what it says on the tin, evolving from calmer segments to moments in which Dave is soloing with such reckless abandon that you can only imagine that the fretboard will have caught fire, or else he will have had to stop as his fingers have become tied in knots.

A word for the accompanying instrumentation on the album as well, as Dave has gathered together the talents of Marco Minnemann (Aristocrats, Mute Gods, Steven Wilson, Joe Satriani, you name it) on drums and William Kopecky (Far Corner, Par Lindh Project and his eponymous band Kopecky among many others) on bass, along with his regular IO Earth partner Adam Gough on keyboards as well as orchestration on the more grandiose moments. It’s a top-shelf band for certain, and ensures that this is no mere vanity project, as the fretwork is framed by tight and focussed backing throughout, by musicians experienced enough not to try to steal the limelight in any way from the main attraction. Perfect musicianship for this type of recording. Another IO Earth man, Luke Shingler, even drops in with a bit of sax, as well as Steve Trigg contributing some trumpet.

In short, if you like powerful guitar-led heavy prog which – as the vernacular has it – ‘kicks ass and takes names’, then it’s hard to imagine you not liking this. It is what it purports to be, what Dave Cureton wants it to be, and it is surely going to be what a very large proportion of the fanbase want it to be as well. If you’re someone who doesn’t care for instrumental music, well, this isn’t going to be for you, but be assured that should you wish to dip your toe in some vocal-less waters, this is a fine example. There have already been some very very fine prog albums in 2022 thus far, and that roll call just got longer by one. Move over Satriani and tell Yngwie Malmsteen the news… 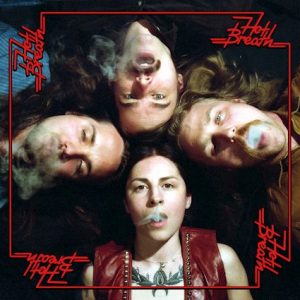 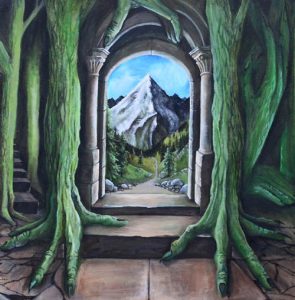