The whole classic hard rock revivalist movement is an interesting phenomenon. Perhaps it all started with the 1997-98 reunion of Black Sabbath and the interest directed towards bands like Electric Wizard and Spiritual Beggars. Swedes Dead Lord, actually, stepped in this game a decade later, founded in Stockholm in 2012. Surrender is their fourth album of total dedication to the music of Thin Lizzy, UFO and Uli Roth-era Scorpions and once again they’ve created something from the heart.

Surrender is not an album that features standout tracks in the sense that everything flows so smoothly and the songs follow a similar mood. From the first chords of opener “Distance Over Time”, the listener is “teleported” 45 years back in time: the sound is warm with an emphasis given on the guitars and the vocals of frontman Hakim Krim are an obvious reference to Phil Lynott, but done with style and a good taste. “Evil Always Wins” and “The Loner’s Ways”, although being part in a very consistent flow of quality, still manage to inspire even more foot-tapping. This is old school to the bone, guitar-driven classic rock, full stop.

Dead Lord have never deviated from their mission during the last 8 years and four albums, but their progress cannot be denied. Surrender sounds more mature, and at the same time it isn’t lacking in youthful enthusiasm. Listening to this type of music in 2020 is a testament to the longevity of good music. Simple as that. What is even more amazing is that Dead Lord have the ability to reach to hearts of a much younger audience than the ones who have been teenagers in the late seventies. This is a band and an album you can listen to (LOUD) in the car with your father on the way to a show and that’s what music is for, right? 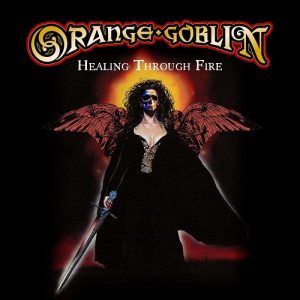