At the announcement of the title of Decapitated’s 8th album Cancer Culture, there was a request that the title was not misinterpreted and that there was a much broader context. Considering what the Polish tech-death masters has been through since the release of their 2017 album Anti-Cult, it is easy to understand why such a request laid out. At the same time, the play-on-words title and themes is going to reflect on those events and – to quote the band – lyricist Jarek Szubrycht (who was also involved with the lyrics on 2011’s Carnival Is Forever)  “has written amazing lyrics for us about the disproportion between the dreams, ambitions, and aspirations of humanity.”

Formed in 1996, Deacapitated released their explosive debut Winds Of Creation at the turn of the millennium and their first four albums became legendary death metal releases. Tragedy struck in 2008 following a bus accident that killed Witold “Vitek” Kieltyka, drummer and brother of guitarist Wacław “Vogg” Kiełtyka and put Adrian “Covan” Kowanek into a coma and with life changing injuries. Such circumstances would end other bands but Vogg regrouped and has continued to steer the Decapitated ship adding groove elements to their evolution, blurring lines and taking their sound outside of the orbit of ‘pure’ death metal. That evolution did not stray too far from the band’s tech death roots but they created atmosphere – even a twist of prog on Carnival Is Forever – and continued to evolve on each record delivering diverse and intriguing soundscapes.

To say that Cancer Culture is next level is something of an understatement. Not just creatively but sonically, this album is an absolute monster and a career defining moment for Decapitated.

Beyond the militaristic drum patterned instrumental From Nothingness With Love, the album proper heads straight for the cliff edge with the title track and from that point never once lets up. Featuring not only melted leads from Vogg and an impassioned vocal performance courtesy of Rafal ‘Rasta’ Piotrowski but the  rhythm section – Pawel Pasek on drums and James Stewart on drums – is simply phenomenal and it is a track that digs deep, a soul scraping battening down of the hatches. The curiously titled Just A Cigarette is furious but moodier and delves more into atmosphere, that mid-space catch-the-breath of drums for just a couple of seconds before Vogg rips the solo is magnificent and the crunch of the last third before yet another guitar run. No Cure is a barrage, the drumming is just insane but again, those split second interludes that add a punch before Vogg tears a solo and then a more slow down section before once more picking up the pace. It is these meticulous details that bring so much more to the songs on Cancer Culture. Hello Death brings a surprise -and a first for Decapitated – outside vocalists and introduces Tatiana Schmayluk’s (Jinjer) clean vocals but it is as much that Vogg rhythm guitar so beautifully succinctly sits behind the ethereal vocals of Schmaluk that pokes a hole in the dimension of Decapitated, adding an unexpected twist to a tune that will be wearing the repeat button out. Iconaclast which is a groove-thrash hybrid that brings another guest vocalist in Machine Head’s Robb Flynn but as a song is somewhat more straight forward in its focus. If that suggest that it is some throwaway track, then think again, the song is still a band firing on all cylinders. With more atmosphere in Suicidal Space Programme and slowing down the tempo on Hours As Battlegrounds, Cancer Culture never backs out of being diverse but engaging.

With a running time of 37 minutes it may sound like a short album and over too quickly but strangely, the opposite is true, the record is all encompassing and put through a good pair of headphones, the diversity and atmosphere of Cancer Culture surrounds, the precision and dedication to their craft is overwhelming and each listen delves deeper and brings more detail to the fore. The will always be the naysayers, the ones that saw Decapitated ‘abandon’ death metal and pour scorn on the direction that the band took. No, it is unlikely that there will ever be another Winds Of Creation but the band has not forgotten their past as showcased in the recent 25th anniversary tour which leaned more towards older albums over the newer material.

Cancer Culture is more than a 10/10 record. It is more than album of the year contender and more than one of Decapitated’s best albums. it is a record that is a victory lap. Decapitated have retained everything that is them but in their constant evolution have bent and shaped it to make an incredible album that will become a benchmark not only in their career but of extreme metal.

Cancer Culture is out now on Nuclear Blast Records 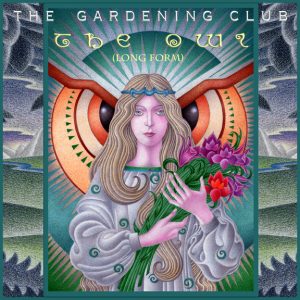 THE GARDENING CLUB – The Time Trilogy / The Owl (MRR) 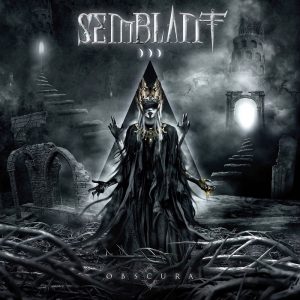 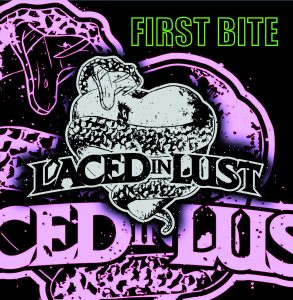