Rock legends Def Leppard celebrate their massive impact on rock history with their 45th anniversary in 2022! To commemorate this brilliant occasion, the award-winning Swedish liquor producer – Brands For Fans – is releasing not one, but two premium gin products.

With this Def Leppard gin portfolio, Brands for Fans aims to embody one of rock ‘n’ roll’s most legendary and influential bands, adding to their legacy. These gins are named after two songs on Def Leppard’s iconic album Hysteria: Animal and Rocket. Both superior quality products, expertly created by globally recognised in-house master blender Daniel Henriksson, these gins will certainly deliver a rock ‘n’ roll lifestyle into the homes of both life-long fans and spirits connoisseurs!

Brands for Fans worked with Epic Rights, a licensing agency of Def Leppard, to develop these products.

Def Leppard ‘Animal’ is a classic London Dry Gin with a high intensity of flavours. The grain-based distillate is heavy with juniper, lemon, and botanicals. It is spicy, big, and bold and has all the classic gin characters you should expect in a London Dry Gin. This gin’s label design is inspired by the hit single Animal from the album Hysteria.

Def Leppard ‘Rocket’ is a premium distilled gin with a high intensity of flavours. Also, with this gin, the grain-based distillate is bold with juniper and herbaceous tones. Taking inspiration from the lavender labyrinths in Sheffield (Manor Lodge), and to get an even more developed experience of botanical character, additional flavours of lavender and lemon are macerated and blended with the distillate. There are no added sweeteners, ensuring the purest quality of liquid. The label design is based on the hit single Rocket from the album Hysteria.

These products launched Friday, June 10, 2022, in the UK, mainland Europe, Sweden, the Nordics, and the USA. They are available to order now

MAKE SURE TO GET “ROCKED” WITH THESE TWO PREMIUM GINS!

Finish – full bodied, rich and long-lasting character of juniper with distinct taste of lavender that lingers for a long time

With more than 110 million albums sold worldwide and two prestigious Diamond Awards in the U.S., 2019 Rock & Roll Hall of Fame® inductees Def Leppard – Joe Elliott (vocals), Phil Collen (guitar), Rick Savage (bass), Vivian Campbell (guitar) and Rick Allen (drums) — continue to be one of the most important forces in rock music. Over the course of their career the band has produced a series of classic ground-breaking albums that set the bar for generations of music fans and artists alike. The group’s spectacular live shows and arsenal of hits have become synonymous with their name, leading Def Leppard to be heralded as the world’s greatest live rock band. Def Leppard’s influential career includes numerous hit singles and ground-breaking multi-platinum albums—including two of the best-selling albums of all time, Pyromania and Hysteria, capturing the group’s legendary tracks such as Rock of Ages, Pour Some Sugar on Me and Foolin.

In January 2018 Def Leppard debuted their full recording catalogue worldwide via streaming and download platforms. As they did with the original release of their records, Def Leppard dominated the worldwide charts again, which found their albums charting in the iTunes Top 10 in more than 30 countries, including Hysteria at #3 in the US, and #5 in the UK. Def Leppard also had the #1, #2 and #3 records on the US catalog albums chart. The band have gone on to amass a staggering 5.5 billion streams since 2018. Additionally, the band have garnered an impressive 15 million followers across their social media platforms.

In May 2022, Def Leppard released their twelfth studio album Diamond Star Halos. The album debuted at #1 on the Apple and Amazon Music charts. The album also scored a Top 10 debut on Billboard’s Top 200 Albums chart, marking the band’s eighth Top 10 album of their career, and garnered a #1 debut on Billboard’s Hard Rock chart. Following the close of their historic 2018 co-headline stadium and arena run in North America, Def Leppard sold a staggering 1,000,000 tickets and the tour grossed over $100,000,000.00, a massive feat in today’s touring world. Def Leppard will top that number yet again with another sold out North American stadium run in 2022 with Motley Crue. As always, the group keep pushing the boundaries with their electrifying live shows.

ABOUT BRANDS FOR FANS

Brands For Fans is a Swedish company in a global market, a leader in marketing and sales of alcohol products produced by and together with artists. Through close collaboration with bands and artists such as Def Leppard, Ghost, HammerFall, In Flames, Jonas Åkerlund, Judas Priest, KISS, Motörhead, Rammstein, Scorpions and Slayer, attractive products are launched for the fans. Our way of creating successful business for both artists and beverage producers has given us the opportunity to reach both the rock audience and beverage connoisseurs by working creatively with our releases and credible communication. In business since: 2012. From January 2018 Brands For Fans is a part of UMIDA Group. Business idea: To, via lifestyle products, strengthen the connection between artists and their fans. 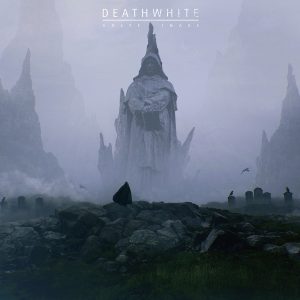 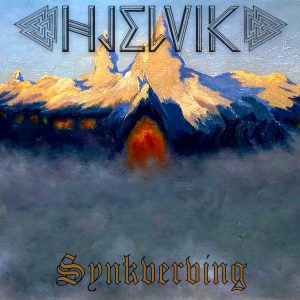 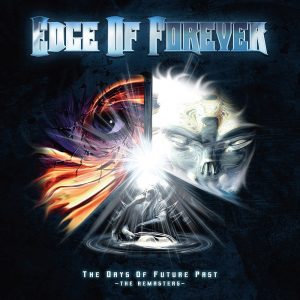