Dion’s Blues With Friends is released on June 5th through Keeping The Blues Alive Records, a new label started by Joe Bonamassa and his manager Roy Weisman, aiming to provide a platform for musical talent in blues and blues-rock based music and to help encourage the careers of extraordinary musical talent. Dion’s guests include the cream of the contemporary scene, a whole lot of star power! – but each participated not because of his or her marquee appeal but because of what each could add musically. The result is an album that is very much Dion’s, but one that also reflects superbly on the devotion and homage to music provided by the rest of the gang!

Dion explains that Blues With Friends represents the fulfillment of a lifelong vision. “I wanted an album of songs that were strong and memorable and told stories that were worth telling. The blues have been at the heart of my music since the early 1960s”. Dion’s Bronx soul is very much in evidence on this new album, a full-tilt blues offering. The songs contained within it are not ‘covers’, nor are they Dion’s versions of blues standards. These compositions are new blues originals, destined to become classics in their own right.

To tell these stories, Dion decided to recruit some help from a few notable friends and admirers. His plan was to round up the best guitarists and musicians alive and pick them from every generation, every variation of blues, and that’s just what he did, he didn’t have to try very hard in surrounding himself with those who feel the blues spirit as he does.

As Dion tells it, he ran the album’s first track, Blues Comin’ On, past Joe Bonamassa. He noted, “It’s funny how a song evolves. For me it usually starts with a few words. In this case it was “If I didn’t know better” I wanted to sing those words, so I wrote a song around them. Joe Bonamassa is a monster and took the song to a whole new level.” Joe would be the first of many of Dion’s Blues With Friends co-conspirators. Ever the no-nonsense sage, Dion bottom-lined just what makes Blues With Friends a project for the ages: “Great songs, great guitarists. What more do you need?” he asks.

And so to the music!

First up, Blues Comin’ On, is short but sweet, with a work of joy, with Dion’s voice and Bonamassa’s guitar alternating in classic straight up-beat blues fashion. Next is Kickin’ Child, with Joe Menza, similarly paced, with some just beautifully flowing guitar work. Joe M and Dion in total harmony!

I have to confess I’d not previously heard of Brian Setzer, the ‘collaborator’ on Uptown Number 7, it’s got a really old-fashioned gospel feel to it, with amazing tremelo work from Brian added to one of Dion’s favourite minor keys.

Can’t Start Over Again is then a straight blues ballad, with Dion’s voice as smooth as ever, lamenting his heartbreak, with absolutely gorgeous licks supplied by Jeff Beck. The video below is worth it just for the first twenty seconds!

And the “Greats”, and great songs, just keep on comin’. I Got Nothin’ has Dion duetting with Van Morrison, both of their voices sounding ageless while Joe Louis Walker supplies peerless guitar. A particular favourite of mine is then a little different, Stumbling Blues with Jimmy Vivino on guitar and Jerry Vivino on sax – an absolutely effortlessly simple and timeless blues shuffle! But then equally traditional, confirming Billy Gibbons’ (ZZ Top) roots, is Bam Bang Boom, the guest obviously having fun!

I Got The Cure with Sonny Landreth has a jazzy, big band sound, while Song for Sam Cooke (Here in America) with Paul Simon on vocals is altogether more downbeat, a lament for the current state of that once great country. What If I Told You then steps up several gears with Samantha Fish powering into the song, before Told You Once in August (with John Hammond, slide guitar on right, Rory Block, slide guitar on left and vocals) goes right back to acoustic blues basics.

Way Down (I Won’t Cry No More) features Stevie Van Zandt providing nicely gritty, grunge guitar work. Another track where a lot of fun was had in recording! And then to the closer, where Dion had had Patti Scialfa in mind for a while on this song, what he didn’t expect was Bruce showing up and asking to join in!

So all in all a shared love of and concern for guitar-led blues work has brought a lot of folk together to add to Dion’s timeless vocals – and a lot of fun was had along the way. It’s a thoroughly enjoyable and quite varied set of tracks, with an incomparable group of musicians all belting it out as the muse clearly grabbed them. You don’t need to be a blues fan to enjoy the sheer quality of playing on display here! 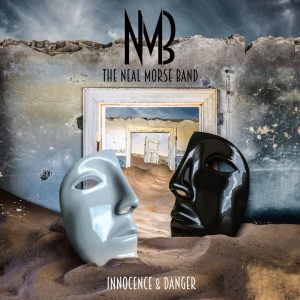 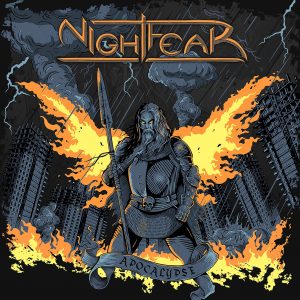