Djiin is a psychedelic stoner-rock band from France whose name is inspired by spirits and other beasts from Semitic beliefs and traditions. Influenced by 70’s progressive rock and krautrock bands, doom scene and heavy rock from the glory days of the early-Sabbath era, as well as other modern references based on the diversity between western and traditional eastern sounds, Djiin have their very own personal, atypical and quite captivating musical universe!

The Rennes-based quartet composed by bassist Charlélie Pailhes, drummer Allan Guyomard, guitarist Tom Penaguin and vocalist/harpist Chloé Panhaleux, whose powerful, deep and gravelly voice really makes Djiin stand out from the crowd, have released their new album Meandering Soul‘, their third full-length album since forming in 2017. Engineered by Justin Nicquevert at The Blue Anvil Sound and mixed and mastered by Pierre Le Gac and Nicolas Moreau at Le Garage Hermétique, Meandering Soul features six new songs replete with  powerful and fuzzy riffs, thunderous and soulful beats, psychedelic melodies and enchanting vocals that sound like bewitching incantations. The use of the electric harp in this “classic“ rock line-up really gives an unique and surprising vibe that accentuates the band’s core mysticism.

I’m told that Meandering Soul is a concept album that presents the story of a tortured mind being and his evil ﬁends. The listener goes on a trip where he/she will meet many characters and will be surrounded by different landscapes and an all-pervading sense of pagan ritual, all driven on a variety of musical inﬂuences.

Psychedelic melodies and great vocals follow distorted riffs and heavy beats on Meandering Soul, with a huge variety between the six tracks, the listener isn’t going to get bored with this lot! On top of the “core band”, Chloé plays electric harp to add a unique sound that sets the band apart from others of the genre.

We kick off with Black Circus, creeping in with gentle, pastoral guitars and a hypnotic tribal rhythm before a doomy, deep fuzzy bass line takes over, followed by Chloe’s vocals, in turn haunting, ethereal and witchy! The pace of the track builds, echoing that sense of pagan ritual before it shudders back to the slow Sabbathesque riff and bass. Chloe is the female version of early Ozzie! (think of the very first, eponymous, Sabbath track). It’s all pretty Gothic, but also melodic, an intriguing starter to this album.

The Void comes next, maintaining that heavy sense of foreboding combined with “what comes next?”. Very melodic, another soft guitar intro plus lighter, restrained vocal harmonies, this is high quality pysch-rock with a passing hint of Floyd before the mood darkens, Chloe doing a passable impression of Patti Smith on one of her semi-spoken monologues, followed by a return of the chanted tribal patterns – this bit does remind me of the fantastic Kimono Drag Queens, but it leaves you totally unprepared for the descent into hell of the last minute or so! (see the video below)

Red Desert continues the slow, dark, paganistic ambience, for over eight minutes. Strangely, Chloe reminds me of Garbage’s Shirley Mansun here, although the whole thing is much more doomy and sinister than anything Garbage delivered. This track hovers, swirls, permeates, captivates, building organically to a cataclysmic conclusion albeit with plenty of eastern-sounding guitar work providing light and shade as it winds up the intensity.

Warmth of Death is another eight-minute number, starting off like some weird choral musical! The trademark deceptively pastoral guitar lick then come in, the darkness of the lyrics introducing another stretch of what feels like a ritualistic sacrifice being prepared! The repeated strapline of ‘I want to see you die’ sets the imagination up nicely, this being a perfect distillation of doom-rock building and building………And breath!

There’s no let -up though, White Valley takes us unbrokenly onwards, heavyweight fuzzy bass and guitar riffs crashing along, to the fore. A mix of stoner-rock, sludge, doom, but also sort of post-rock, and again a slice of Garbage, Chloe’s careening, insidious, growling vocals keep you on the edge of your headphones!

And so to the album’s closer, Waxdoll. Another eight-minute beast, but completely different to whats gone before, a pacey, uplifting number with elegantly twisting guitar licks, this is modern Prog at its best! It’s also insanely energetic, majestically melodic, this is an accomplished composition! lots of styles overlapping again, wonderful vocals overlaid on top, finishing with a fading echo of the guitar line that started it all….and tempting you into another listen!

If you feel like discovering a colourful – and at the same time dark, tribal, musical concoction, you’ll enjoy this lot. The album is a real ear-opener for those (like me) who’ve never previously experienced the sound of Djiin. Chloé Panhaleux brings a different, powerful but controlled sense of menace to each track through her vocals, aided by her French accent, whilst the whole band wear a few influences on their sleeves – notably early Sabbath, but they’re also up there with the best of the current crop of modern psych-rock, Kimono Drag Queens being the first name that trips off my lips. 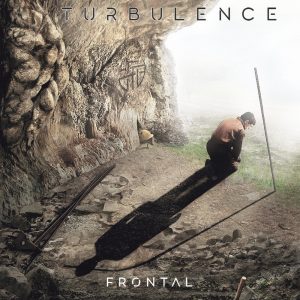 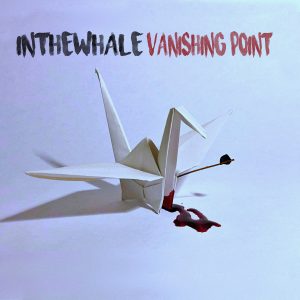