As soon as Teenage Depression kicks into gear, the Hot Rods can make a 50-something feel like a teenager with a grudge against his headmaster all over again.

When Barrie Masters, frontman and only ever-present member of Eddie & The Hot Rods, was found dead in October 2019, it didn’t generate the column inches that many other supposedly more ‘high profile’ rock casualties do, but to those who were around in 1976 when the Hot Rods first burst onto the scene with the urgency of a fire engine late to a call-out, it was important, and it was a sense of loss. Barrie was always felt by the Hot Rods’ audience as ‘one of our own’, and he was a force of nature with his boundless energy and enthusiasm at each and every gig. He was also, not that it gets mentioned quite so often, a very good singer in his own right. It’s not all about Barrie, of course – but this album, recorded at an extraordinary show in Southpaw, Brooklyn, by a line-up including Barrie as the sole original member remaining, somehow feels like a sort of tribute to him. And bloody good it is too!

Right away it has to be said that anyone expecting this late-period album with its largely new line-up to be some sort of by-numbers trawl through the hits for a nostalgia crowd are in for a big surprise. This is essential stuff, from a band sounding as youthful and hyper-energetic as the original Rods were when they came together in 1975. One thing that Barrie would never do is to cheapen the legacy by settling for second best. I’ve seen the Hot Rods perform with differing line-ups over the years, including the original line-up at the Marquee, a part-new line up at a pub in Nottingham in the ’90s, and right up to a few short years ago at the Cambridge Rock Festival, and the quality never once dipped. Sometimes unfairly labelled as ‘punk’, the Hot Rods were never that. They predated the punk movement by a year, and by the time the Sex Pistols had released Anarchy In The UK in 1976, the Rods had three singles and a live EP under their belt. They inspired the movement, for sure, but like their nearest comparison Dr Feelgood they were simply a blazing fast, hard rock/R&B band with attitude to spare. They also had the musical chops to go with it from the start, as their classic albums Life On The Line and Thriller showed (yes, they had an album called Thriller several years before THAT one!)

The band come straight out of the traps like that fire-engine of yore with an absolutely scorching Teenage Depression, title track of their first album, kicking things off. As well as the obvious power and tight playing of the band, the sound is superb, with every instrument and every word audible – this is no ‘official bootleg’ in any way, and it’s amazing it sounds so good as a posthumous album with no touching up done afterward. The classic I Might Be Lying is up next, followed by a rip-roaring Quit This Town, as the band knock the audience flat with three classic singles, delivered in around nine minutes. You can feel the sweat running down the walls, and it’s obvious that this was some gig. A selection of original material from this line-up is aired, and You Should Have Been There, Bad Time Again and Why Should I Care Anymore hold their heads up alongside their more celebrated brethren with ease.

Of course, it’s the classics the crowd have come to hear, and we get a raft of them. There is even a truly exceptional rendition of a contender for ‘greatest Hot Rods song of all’, The Power And The Glory from the Thriller album. Gloria and Get Out Of Denver are still present from the seminal Live At The Marquee EP in ’76, their cover of the Who’s The Kids Are Alright from the Teenage Depression album gets a great work-out, and of course there’s the one that even the non-fans know, the top ten single Do Anything You Wanna Do, as irresistible and superbly crafted as it was over 40 years ago.

Honestly, if you’re a fan, or even a casual admirer wanting to find out a bit more, you simply can’t go wrong with this. Okay, it may not be Live At The Marquee, but it’s closer than it has any right to be. If I were to pick holes, I would remove the cover of that hoary old chestnut (I’m Not Your) Stepping Stone, and maybe one of the newer tracks, to find room for perhaps The Beginning Of The End from Life On The Line, or Circles from Thriller, but that’s being extraordinarily picky. The most apt thing I can say about this is that as soon as Teenage Depression kicks into gear, the Hot Rods can make a 50-something feel like a teenager with a grudge against his headmaster all over again. It’s not easy to channel that spirit so long after the event, and it is huge testament to the band that it happens. This will be one of the best live albums you’ll hear this year. Quote me! 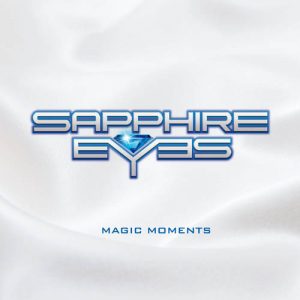 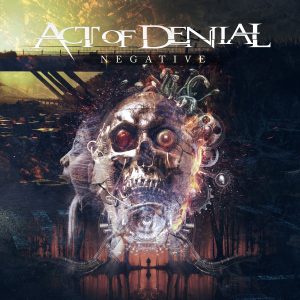 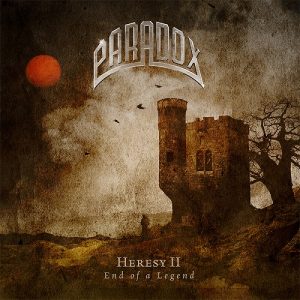