It appears that Evilizers began life in 2013 as a Judas Priest covers band but started writing and performing their own material in 2017 which they then played alongside the Priest songs and this ultimately led to the release of the band’s debut album, Centre Of The Grave, in 2018. It seems that they approached the debut from the point of view of writings songs in the style of Iron Maiden, Black Sabbath and Priest and then adapting them to make them Evilizers songs which, I suppose, is a different way of doing it. This helped to establish a band sound which they have now developed and progressed with on Solar Quake.

On first play you immediately think of a cross between Judas Priest with Udo Dirkschneider which is mainly reinforced by the vocals of Fabio Attacco as he does has the ability to scream and soar like Halford but his register is much deeper and more in line with the legendary Udo. In truth, there is very little that you can get wrong if you follow the template of the heavy metal masters and the band has studied the script long and hard. They have an incredibly hard working duo in Alessio Scoccati on bass and Giulio Murgia on drums which lays down an intense and booming platform over which the twin guitarists Fabio Novarese and Davide Ruffa create Tipton/Downing type mayhem with their riffs and lead breaks. The songs are all short, sharp and direct with great choruses and walls of riffs and if you are a fan of Accept, Priest, UDO and even the Scorpions then you are going to love this old school metal throwback that is thoroughly entertaining and very hard rocking album.

The band has a great vocalist with a perfect English delivery and two truly wonderful guitarists playing heavy metal of yore but with a most modern sound, give the band a listen and you will be most delighted that you did… 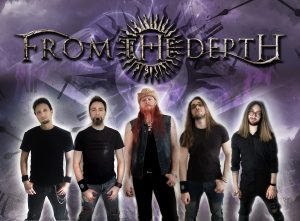